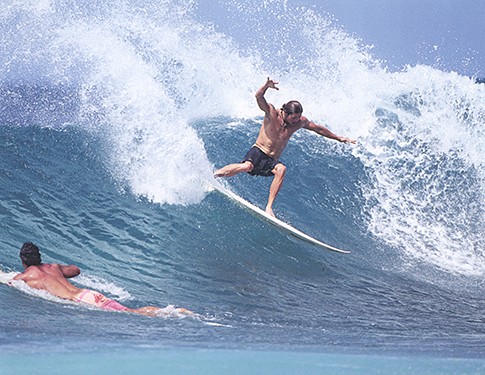 One of surfing’s great characters, Brad Gerlach rose out of the N.S.S.A. ranks in the early ‘80s after moving to Huntington Beach to attend Huntington Beach High School. It was there where he become part of the surf team dynasty under coach Chuck Allen. And after graduating, it didn’t take Gerlach long to break into the coveted A.S.P. Top 16 — a place he stayed for the next six years, finishing as high as runner-up to the world title in 1991.

After that landmark result, he dropped off the tour completely to chase perfect waves and pursue other avenues of waveriding. This led him to become an exponent of the big-wave tow-in phenomena and along with tow-in partner Mike Parsons was part of the historical conquering of the Cortes Banks and it’s 60-foot-plus waves in 2001. In 2006, he won the XXL Big Wave Awards for the largest wave ridden with a 68-foot behemoth.

Gerlach now lives in Australia where he is married with one child and still remains a pundit of the sport while coaching some of the best up-and-coming surfers of today. 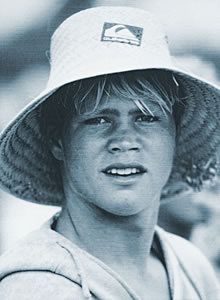