Simpson has been a full-time competitor on the Championship Tour, surfing’s biggest stage

One of the most successful Golden States surfers of the modern era, good-natured Brett Simpson grew up in the shadow of the Huntington Beach pier and blossomed into an international star. The son of a professional NFL football player, from an early age it was obvious that Simpson possessed an abundance of talent.

A fierce competitor in the U.S. amateur ranks, he graduated from Huntington Beach High School in 2003 and promptly began his journey to qualifying for the WSL Championship Tour.

Rallying the hometown crowd, Simpson went back-to-back at the 2009 and 2010 U.S. Open of Surfing, topping the podium in front of the faithful fans that had watched him from the start. By 2010, Simpson was a full-time competitor on the Championship Tour, surfing’s biggest stage. His best result came in that rookie season, when he made the semifinals at the Quiksilver Pro France, where he was ultimately knocked out of the contest by 11-time world champ Kelly Slater.

In 2016, Simpson shifted gears and began to apply his talent and years of experience to coaching the next generation of American surf stars. In 2020, he was named the Olympic Coach for Team U.S.A.’s first-ever national surf team. The American’s soared to success with Hawaii’s Carissa Moore winning the first women’s gold medal in surfing. 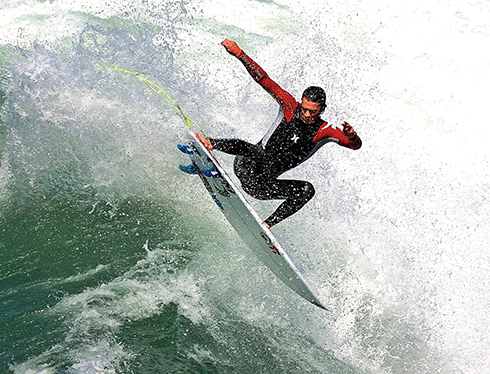 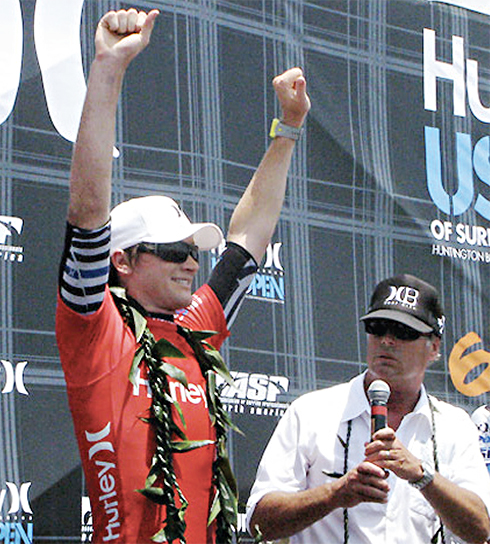 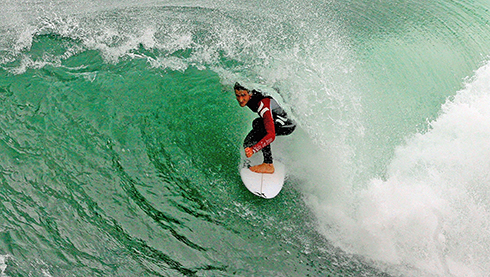 Brett out at the North Side, one of his favorite hangouts in Huntington Beach, finding the pocket in the bowl. Photo courtesy of Bobby Zee 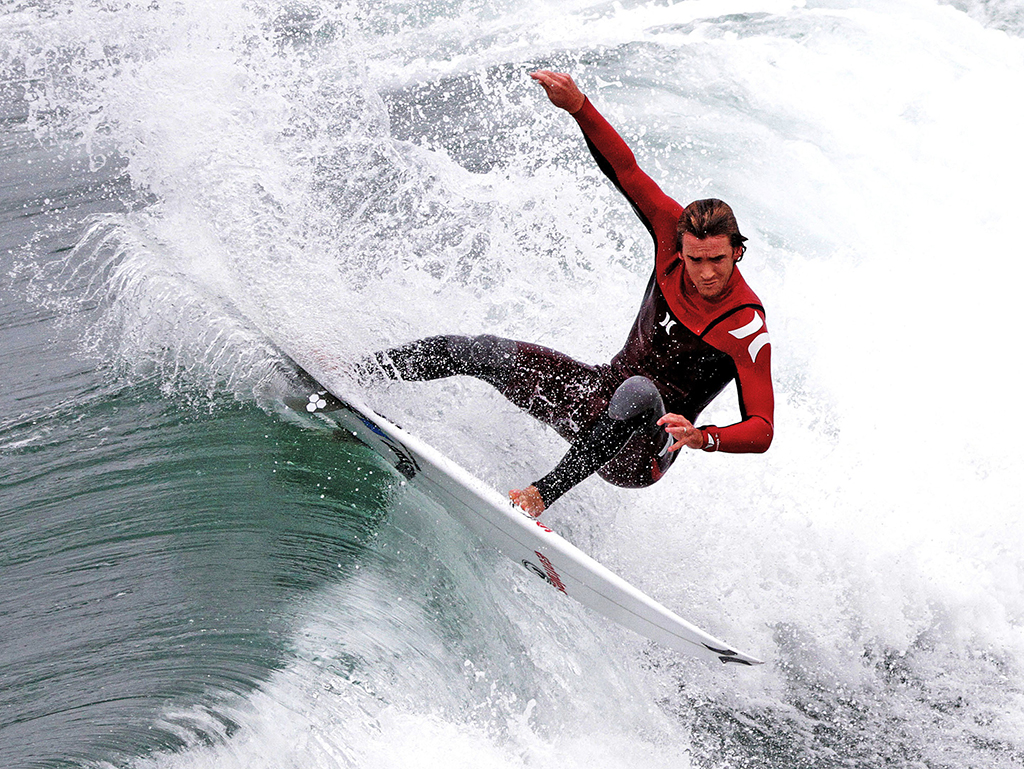 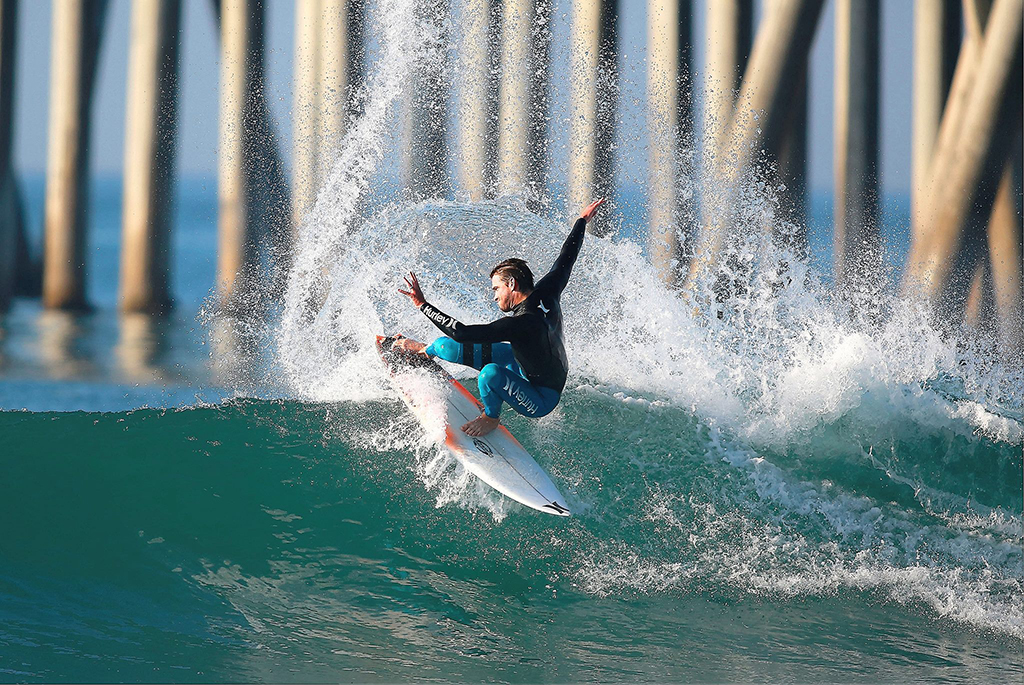 It doesn’t matter what side of the Pier Simpo surfs, he’s ripping at every turn. Photo courtesy of Bobby Zee 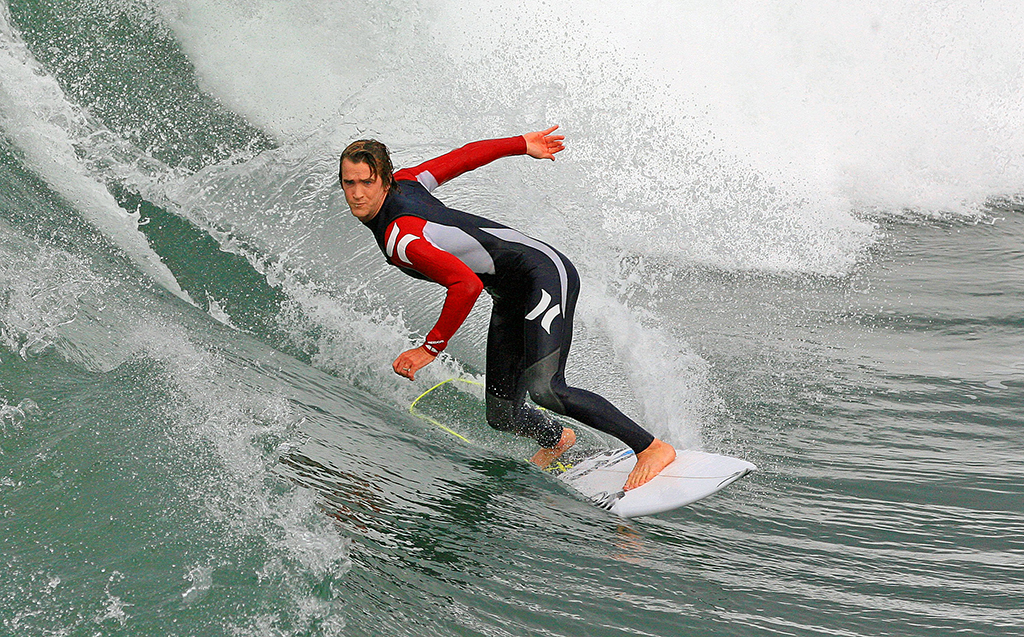 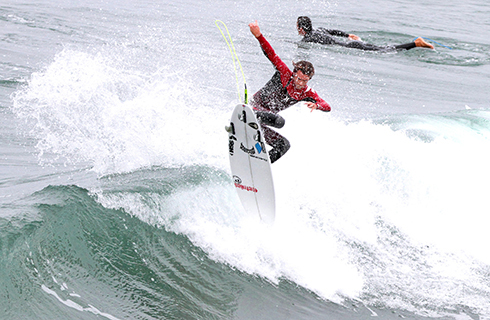