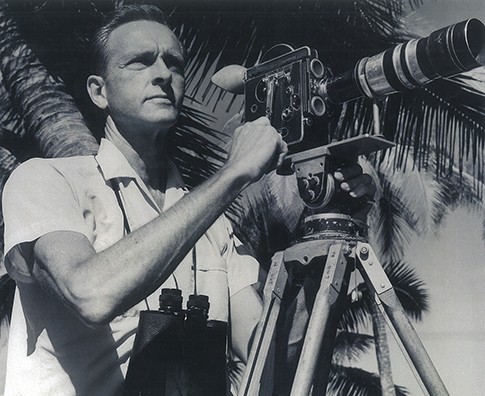 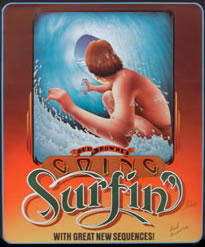 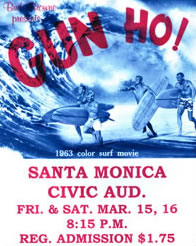 Going Surfing' 1973. Illustrated by Jim Evans. Bud came out of retirement to make his last and best film. Included footage of his classics, Gun Ho! and Cat On A Hot Foam Board.

His work as a filmmaker began as a hobby in the 1940s, shooting surfers and underwater subjects on 8mm. In 1947, Browne bought a 16mm Bell & Howell movie camera and began a more serious attempt at making films of surfers. He trekked to Hawaii, joined the Waikiki Surf Club and began taking 16mm color movies.

In the early-‘50s, Browne attended the University of Southern California Cinema School to learn more about photography and film editing. Shortly thereafter, he released the first commercial surf movie called Hawaiian Surfing Movies starring Duke Kahanamoku, and since then devoted most of his time documenting the development of surfing in California, Hawaii and other parts of the world. Besides using a stationary camera on the beach, and telephoto lenses to capture the action on the waves up close, he made waterproof bags for his cameras and took them into the water with him.

In 1996, Browne was inducted into the Surfing Walk of Fame, a most appropriate honor for a man considered by many to be the “father of surf movies.” He passed away in 2008 at the age of 96.