First Woman to Win the Gold Medal in the Olympics 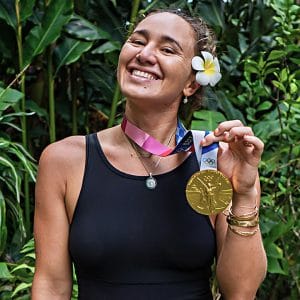 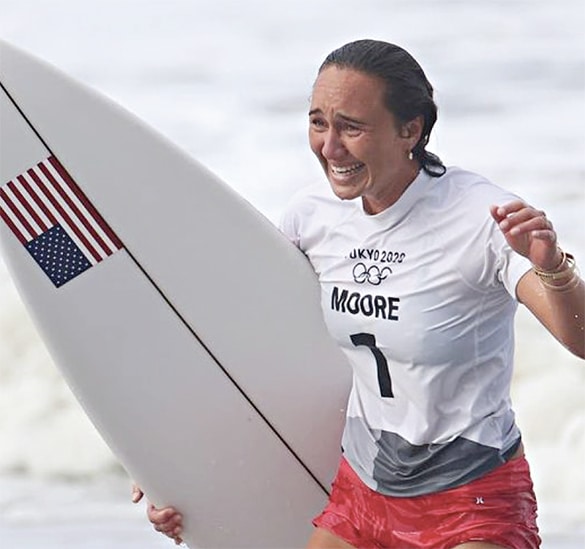 At the Tokyo Olympics 2020 Carissa emerged with Gold for the USA to win surfing’s first-ever gold medal for the women. 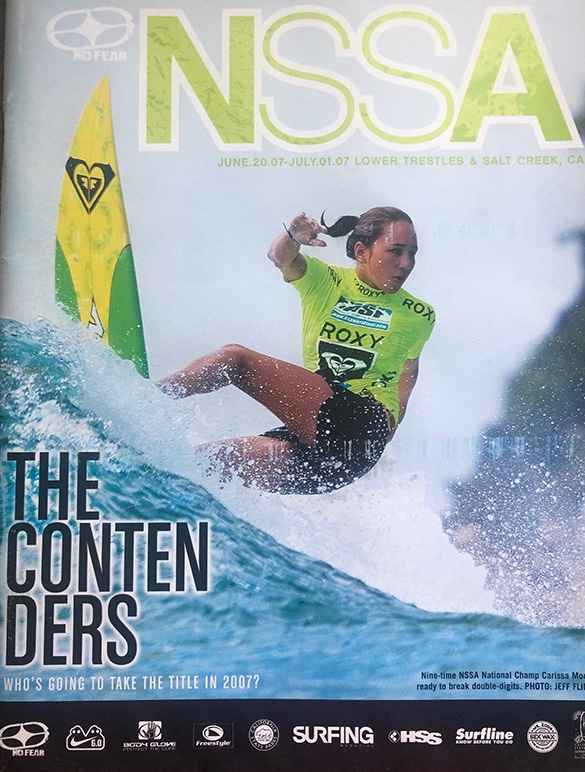 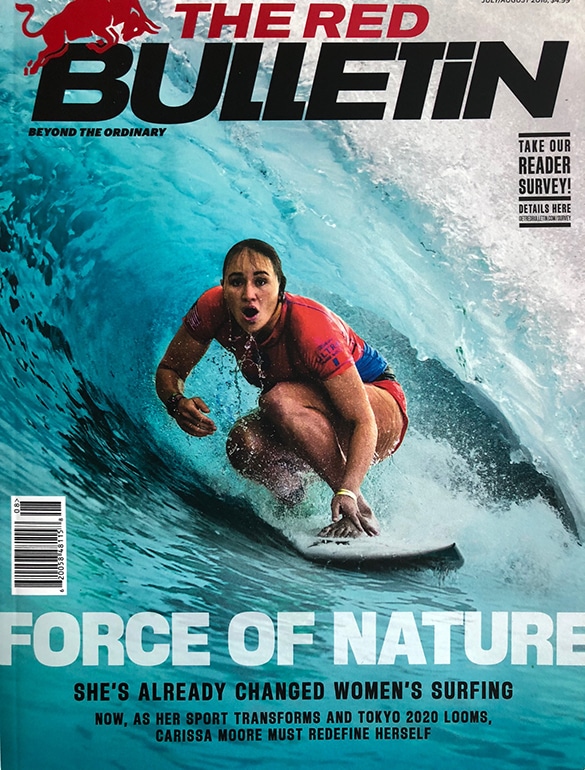 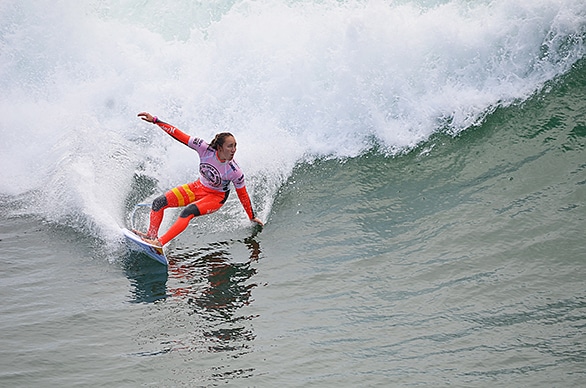 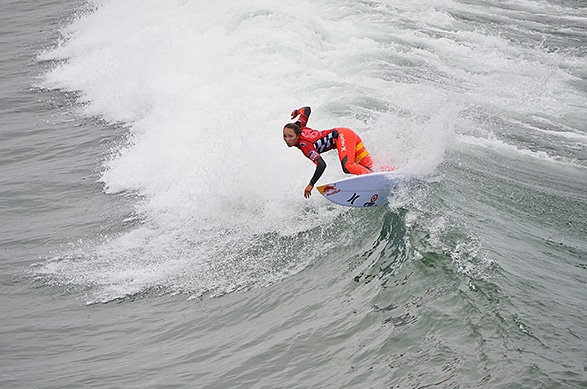 Listing all of 29-year-old Carissa Moore’s career accolades would likely fill this entire program. But the most telling honor of all has to be her freshly-awarded Olympic Gold Medal. Moore, along with Brazil’s Italo Ferreira, has the distinction of being crowned the first-ever Olympic champion for the Sport of Kings. A living realization of Duke Kahanamoku’s dream, the multi-year World Champion from Honolulu, Hawaii is rightfully recognized as the Surfing Walk of Fame’s Woman of the Year.

Moore, with Native Hawaiian blood running through her veins, began surfing in Waikiki at the age of 5. Taught by her father Chris Moore, a competitive open-water swimmer, Carissa quickly excelled on the amateur contest scene, racking up 11 NSSA National titles. In 2008, at the age of 16, she became the youngest surfer to ever win a Triple Crown event, taking victory at the Reef Hawaiian Pro at Haleiwa. During her first year on the pro tour in 2010, she won two events and finished third overall while earning rookie of the year honors.

In just her second season on tour, Moore shucked the pressure and dominated for her first world title. Upending defending champ Stephanie Gilmore in the process, Moore became the youngest surfer — male or female — to win a world title. This spawned a back-and-forth rivalry with Gilmore, that was always steeped in the utmost mutual respect. Moore reclaimed the crown in 2013, 2015, 2019 and 2021 — with her win last week at Trestles.

A bubbly, cheerful personality outside the competitor’s jersey, Moore has been named Adventurer of the Year by National Geographic, Woman of the Year by Glamour magazine and was awarded countless Surfer Poll honors. The State of Hawaii even declared January 4th to be Carissa Moore Day. Deservedly so, as Moore continues to give back to her Hawaiian heritage through her Moore Aloha foundation, which focuses on empowering young females through surfing to become strong, confident and compassionate individuals. 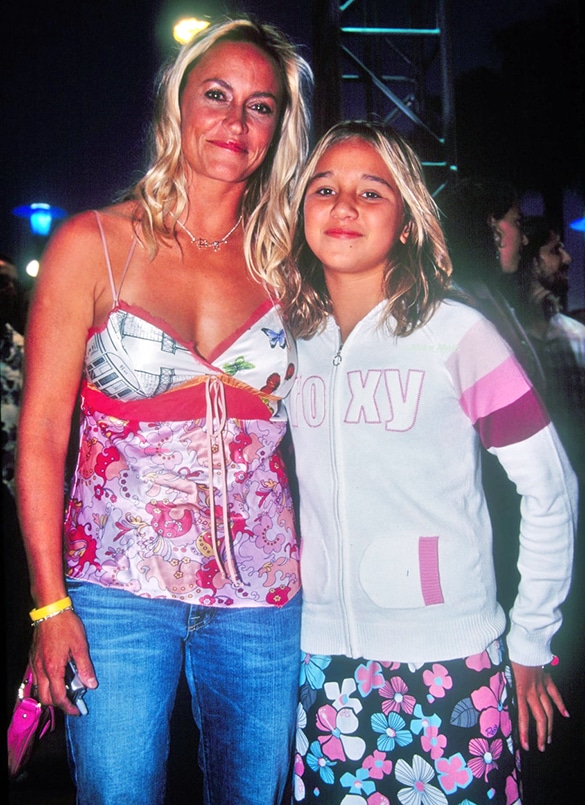 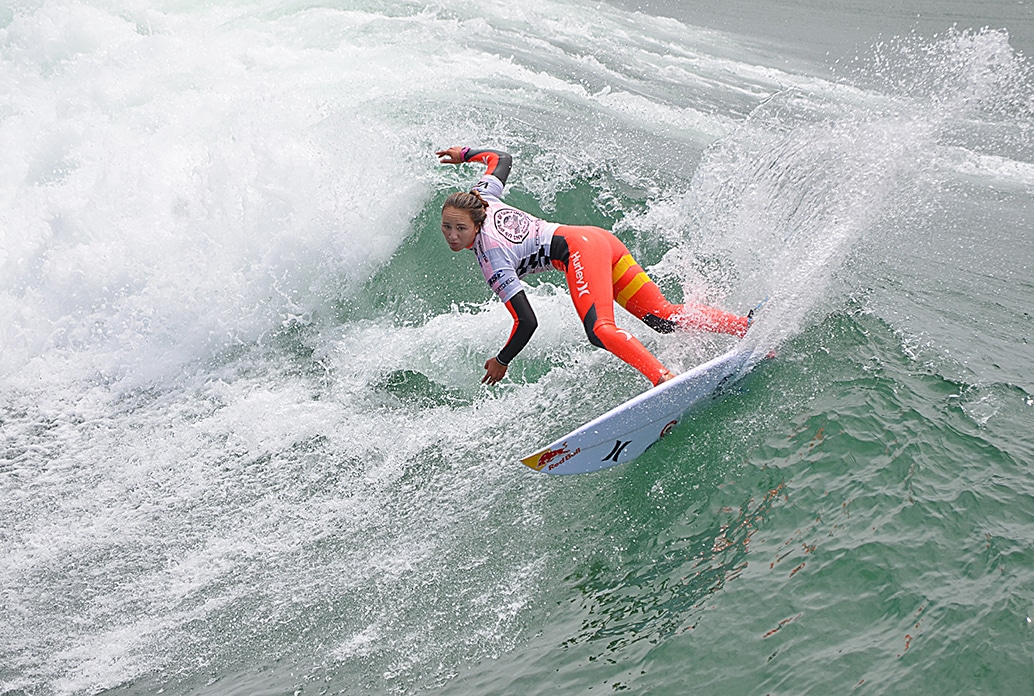 Of course Carissa has been a champion at the Huntington Beach Pier winning there the first time a decade ago. 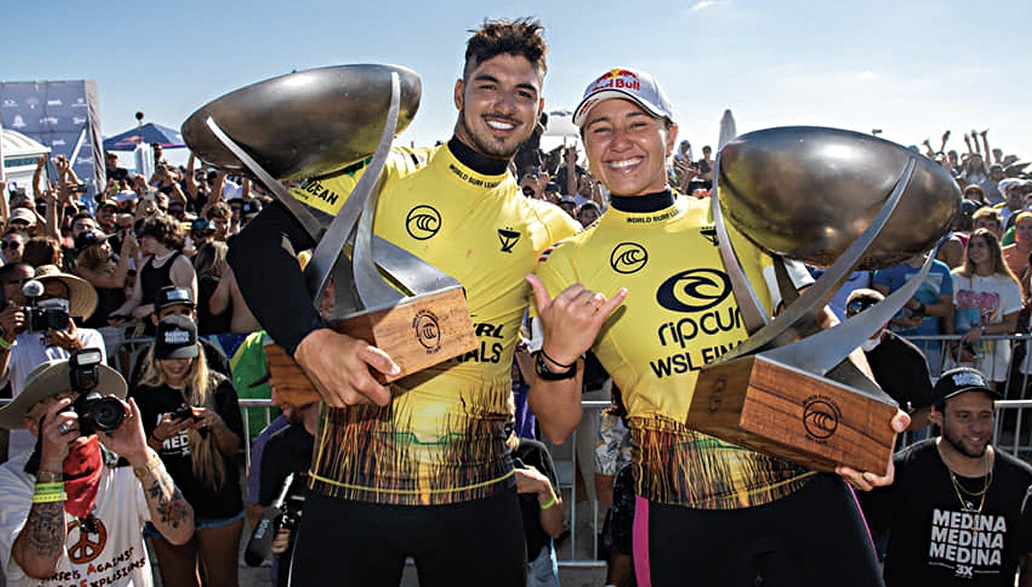 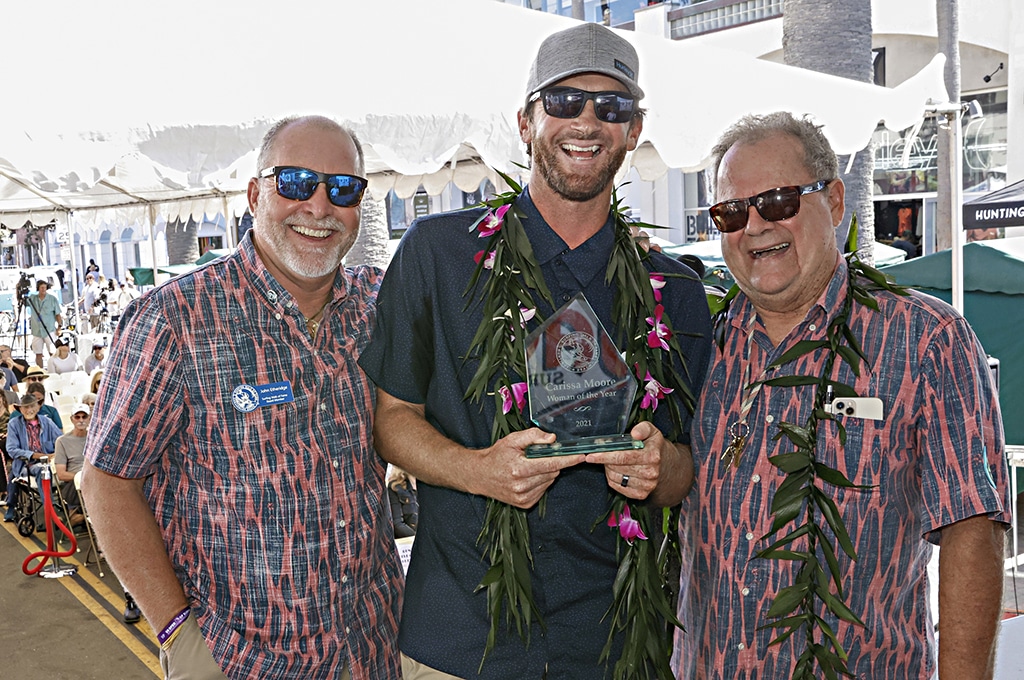