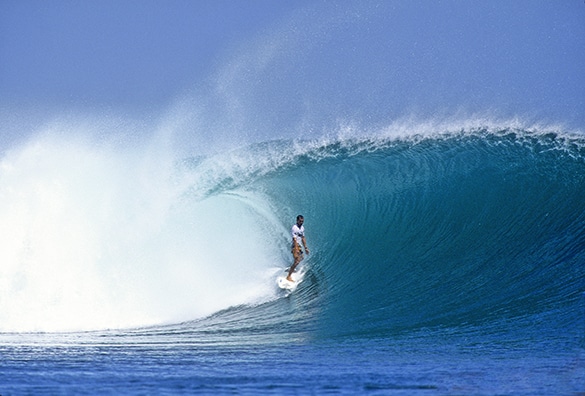 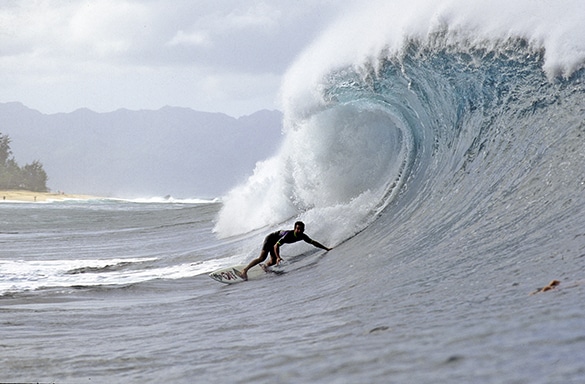 Pipeline and Derek Ho are virtually synonymous. From providing him with his 1993 World Title, four Triple Crowns and, more recently, Wave of the Winter contending waves in the modern era, Ho — along with his brother Mike — are easily the longest-running standouts in the world’s heaviest lineup.

Derek Ho was born in 1964 and raised in Waimanalo, Hawaii — a stone’s throw from Sandy Beach. He is the first cousin of musician Don Ho and Derek’s father Edmund “Chico” Ho was a traditional Waikiki Beach Boy who taught surfing and gave canoe rides to visitors. Derek began surfing at age three, following in the footsteps of his older brother. Despite some mild juvenile delinquency early on, Ho eventually dedicated himself wholeheartedly to a career in surfing.

The following year he placed third at the 1983 Pipeline Masters and finished 30th in the pro rankings. Over the next six years, he climbed steadily all the way to runner-up in 1989. Along the way, he racked up some impressive victories including the 1984 Duke Kahanamoku Classic, the 1986 Pipe Masters and the Triple Crown in 1984, 1986 and 1988.

By 1993, everyone assumed Kelly Slater would continue rolling after his first world title. But Ho had other plans. With flawless six- to eight-foot surf on offer, Ho entered the ’93 Pipe Masters ranked fifth. The four contenders ahead of him were eliminated by the quarterfinals allowing Ho to smoothly win the contest, his fourth Triple Crown and become Hawaii’s first World Champion. That win was his only win of the season and the final win of his pro career.

To this day, Ho continues to be one of the deepest surfers sitting in the Pipeline lineup and takes off on the biggest sets of the day. 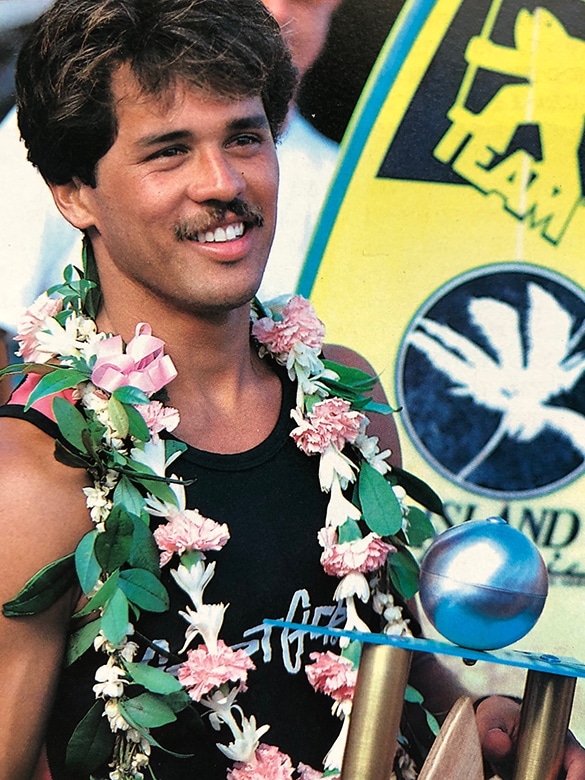 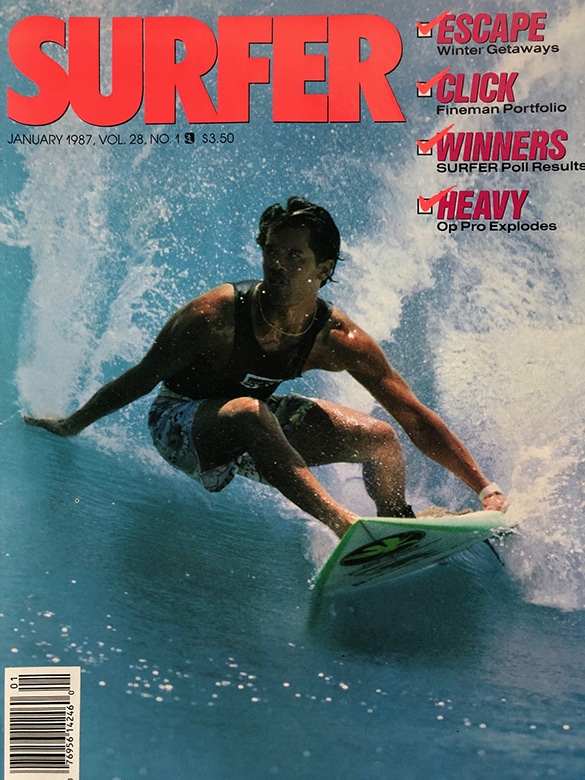 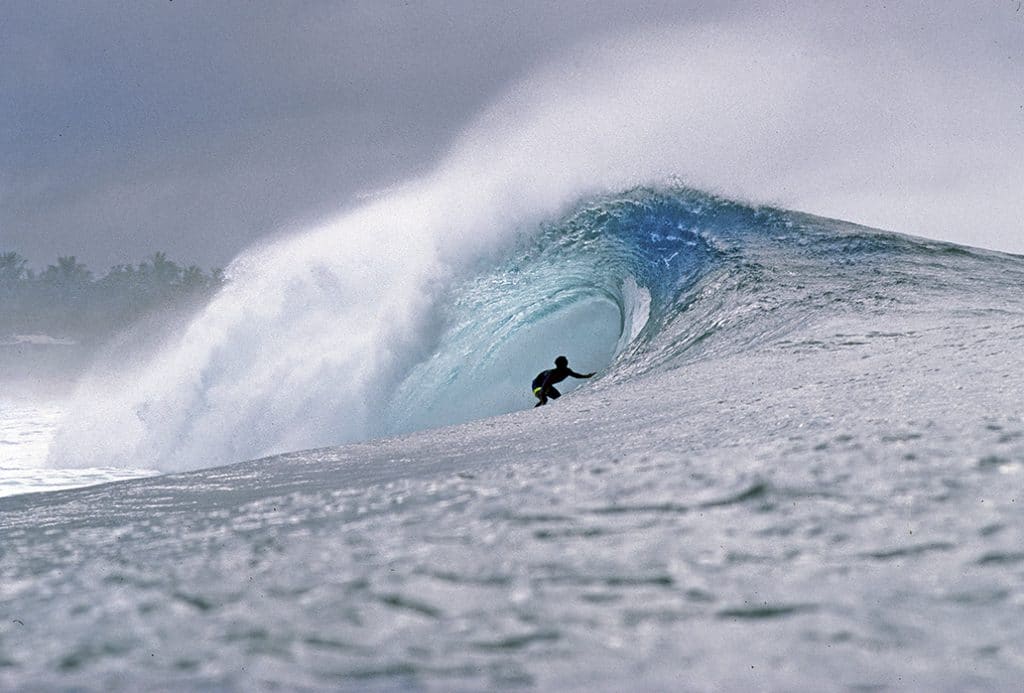 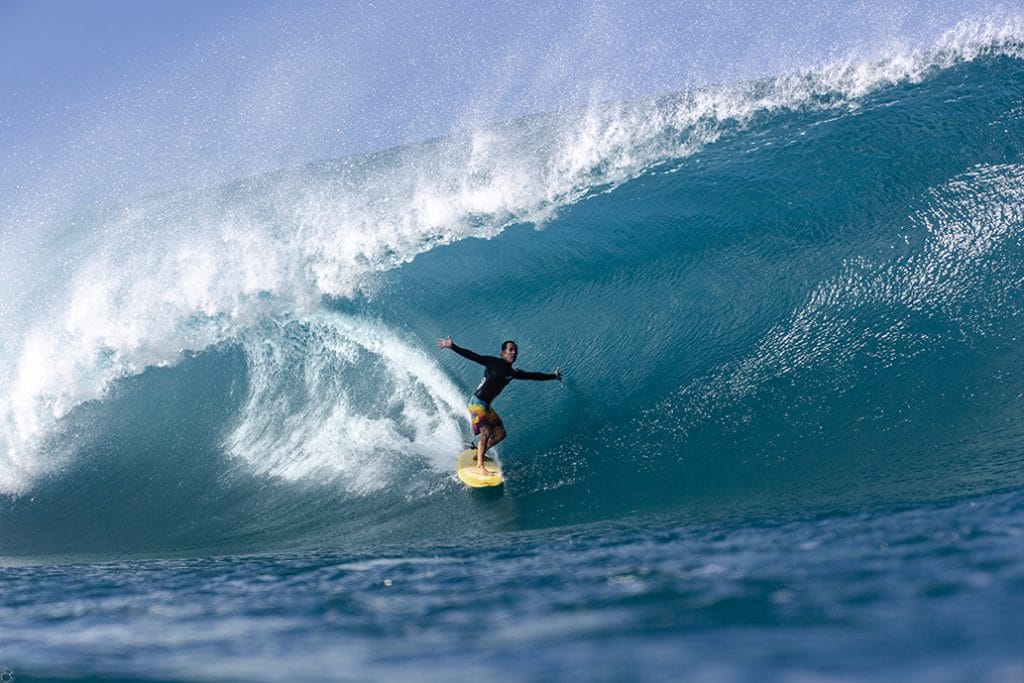