Early in his surfing life, Weber became friends with surfboard-maker Dale Velzy and it was the new wide-backed Velzy “pig” design, developed in the mid-‘50’s that Weber adapted to his boards that developed his prototypical hot-dog style. He was often referred to as “the Little Man on Wheels” for his hot-dogging style, especially at Malibu with his trademark red board and trunks.

Best remembered for his small-wave performances, Weber also rode well in the bigger Hawaiian surf. Weber was featured in nearly every surf movie of the late ‘50’s and early ‘60’s, including Slippery When Wet (1958), Cat on a Hot Foam Board(1959) and Walk on the Wet Side (1963).

Dewey passed away at the age of 54 in 1993, but the Weber family has continued the Dewey Weber Surfboards tradition now located in San Clemente, California. 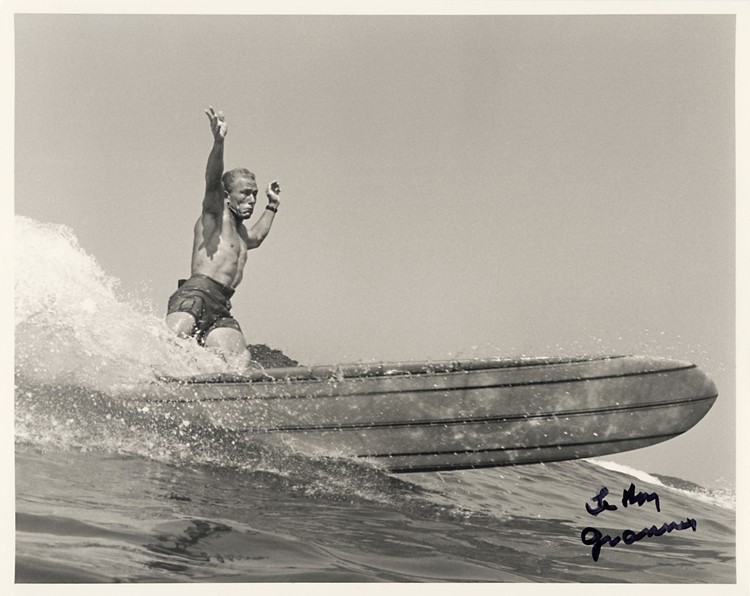 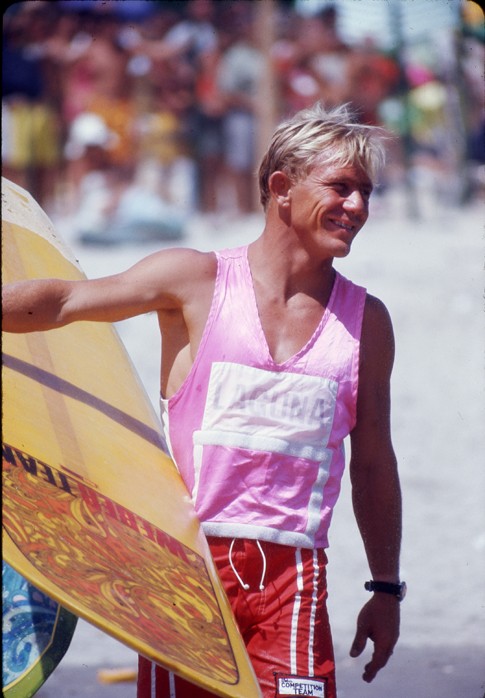 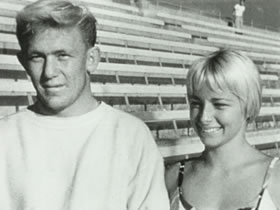 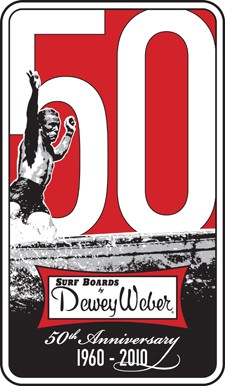 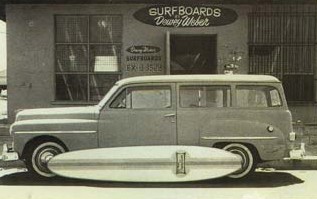 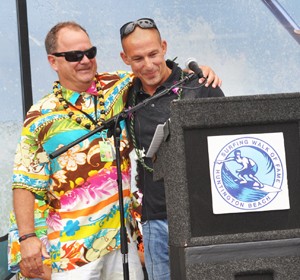