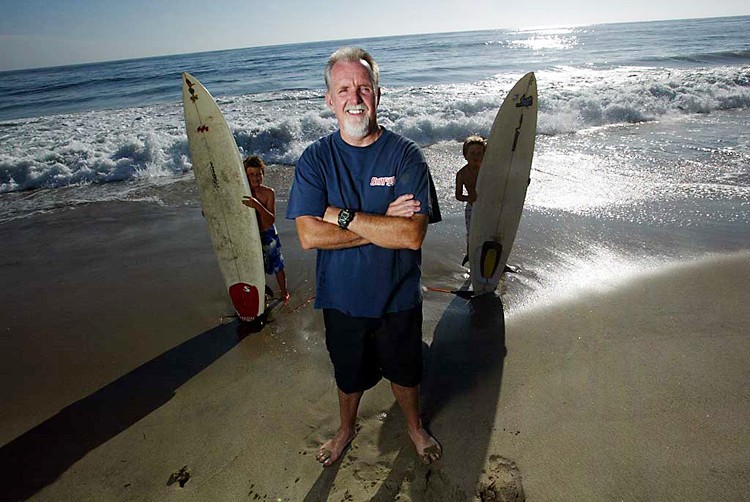 PHOTO: Courtesy of Kevin Sullivan / The Register. Dave with his sons Jack and Ryan.

Dick grew up in California and entered the apparel industry as a college student and became a buyer at a men's specialty store to pay for school.
Baker moved his way into the branded side of the apparel business and in 1983 became the president and chief executive of Izod Ltd.'s menswear division.

He then became president of Esprit Sport in 1986 before later moving on to become the head of Tommy Hilfiger's women's clothing division.
Baker then returned to his California roots and became the chief executive of Ocean Pacific following and was able to successfully revive the flagging label.

In the late Nineties Baker joined the Board of Directors of the Surf Industry Manufacturers Association (SIMA), based in Aliso Viejo, California, while he was the chief executive of Ocean Pacific.
In 2000 he assumed the Presidency from Peter “PT” Townend and served as the head of SIMA for the next decade before becoming the chairman emeritus of the organization.

The Los Angeles Times noted that as head of SIMA, Baker directed the business of "selling surf to the suits" in the larger business community.
He was also instrumental in Surfing America gaining National Governing Body(NGB) status from the ISA which returned US surfing to international credibility.

Dick passed away in 2009 after a long battle with cancer and is survived by his wife Una and boys Ryan and Jack. 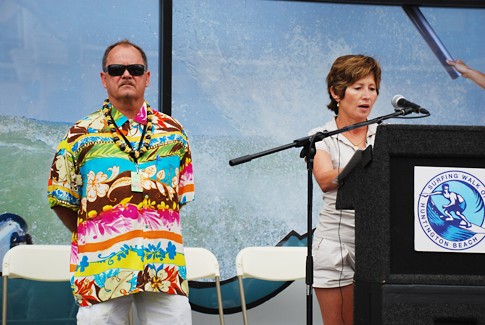 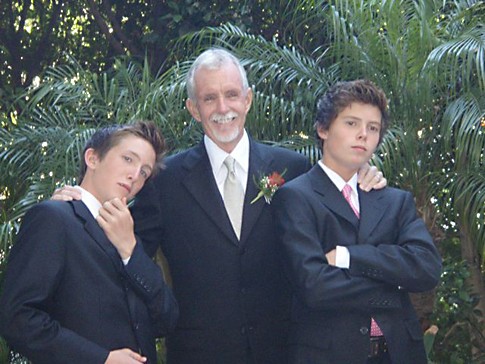 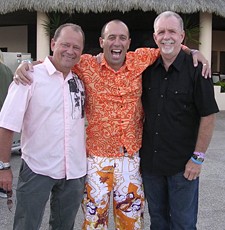