Most noted for putting shorter boards in heavier places, such as the barrel at Pipeline

During a pivotal time in surfing’s evolution, it was the boardbuilders on the cutting edge that fueled the sport’s progress. And none were perhaps as influential as Dick Brewer.

Born in Minnesota, Brewer realized he was a skilled machinist after his family relocated to California and he began surfing. In 1960, he moved to Oahu, Hawaii and began taking on some more serious surf. Soon he opened the only surf shop on the North Shore in Halewia – Surfboards Hawaii. The shop filled scuba tanks and sold Dewey Weber and Scholl boards and, at that time, Brewer began to shape boards. Almost immediately, the lines he drew were above and beyond what else was currently being produced at the time.

Citing Joe Quigg, Bob Shepherd and Pat Curren as early influences, by 1962 the Brewer Surfboards Hawaii gun was the most in-demand shape on the North Shore. He went on to shape for countless other labels and, over the years, experienced the ups and downs of the cutthroat business world. However, his apprentices and team riders were easily the best surfers of that era and included Reno Abellira, Sam Hawk, Owl Chapman, Gerry Lopez, Jock Sutherland, Jeff Hakman, Jimmy Lucas, Buddy Boy Keohe, Leslie Potts, Larry Strada, and Gary Chapman among others. 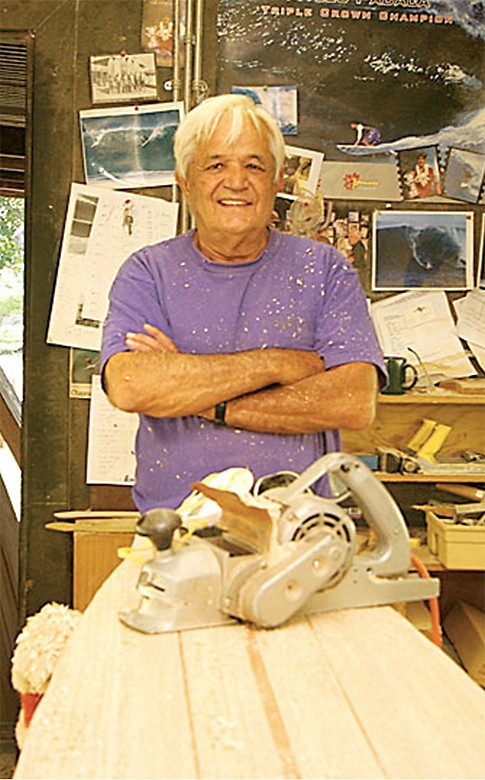 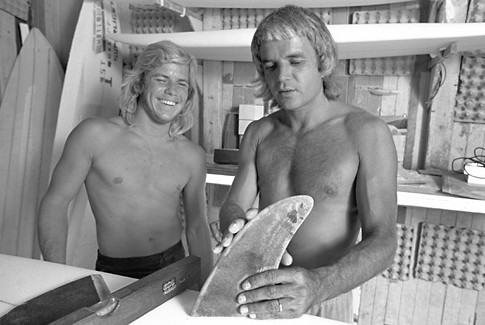 Brewer is perhaps most noted for putting shorter boards in heavier places, such as the barrel at Pipeline. His down-rail designs, narrow pintails and teardrop outlines were tested and proven amongst the likes of Gerry Lopez and Reno Abellira, both of whom Brewer mentored in the shaping room as well.

After a stint on Maui and now currently on Kauai, Brewer continues to shape and innovate. In more recent times, he’s built tow boards for Laird Hamilton, Derrick Doerner and Garrett McNamara. And after a half-century of building boards for the world’s best surfers, it’s safe to say Dick Brewer is a shaping guru and master of his craft. 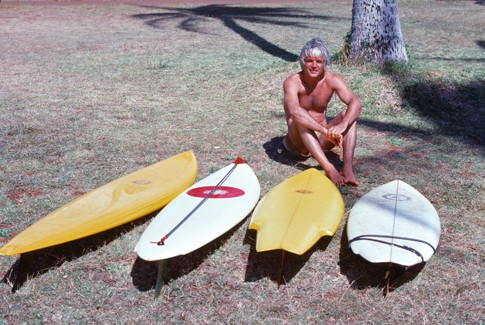 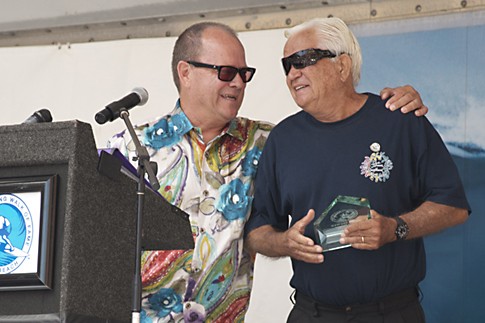