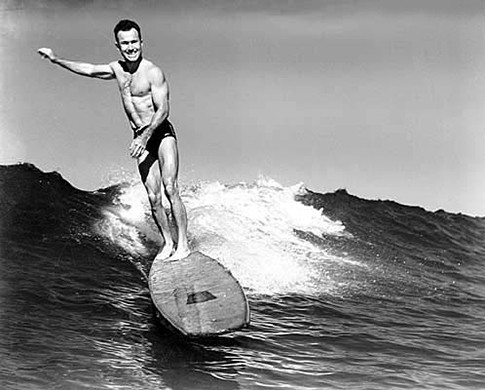 Doc Ball grew up on the beaches of Los Angeles in the early-1930s. He was instrumental in establishing surfing on the west coast and helped organize the Palos Verdes Surf Club. His hobby of taking pictures of surfers turned into a passion and he essentially created and built the foundation for modern surf photography.

His photography was the primary focus of the noteworthy 1946 book, California Surfriders. This landmark publication introduced thousands to the art of waveriding. His stunning images have been featured in many top publications, including Life magazine, National Geographic, Los Angeles Times and Encyclopedia Britannica.

Before Ball passed away in 2001, at the age of 94, he was regarded as the oldest living active surfer in America.