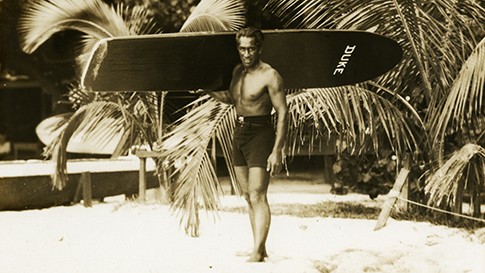 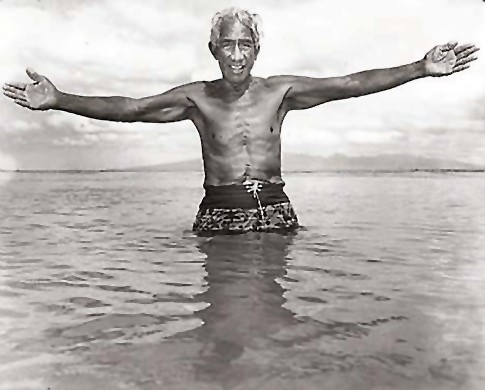 Kahanamoku spent his youth as a bronzed beach boy at Waikiki Beach where he developed his surfing and swimming athleticism. He is soley credited with popularizing surfing across the globe during the 1920s. Springboarding off his 1912 and 1920 Olympic swimming fame, the record-breaking champion brought his 10-foot redwood plank with him in his many travels and drew large crowds to his surfing “performances.”

First to challenge the North Shore’s gigantic waves with style and ease, Kahanamoku became an inspiration to aspiring surfers both young and old. Loved by all, his many accolades include founding the first surf club (Oahu, 1907), being voted Sheriff of Honolulu 13 times, being named the Official Greeter for Hawaii and he also established the first international surfing contest — The Duke Kahanamoku Invitational. When he died on January 22, 1968, at the age of 77 from of a heart attack, his funeral was the biggest Hawaii had ever seen.

Thanks to the efforts of dedicated individuals from the Huntington Beach International Surf Museum, Kahanamoku’s commemorative U.S. postage stamp became a reality after a letter campaign and lobbying were met with success. On August 24, 2002, the 112th anniversary of Kahanamoku's birth, the U.S. Postal Service issued a first-class commemorative stamp with The Duke’s picture on it. 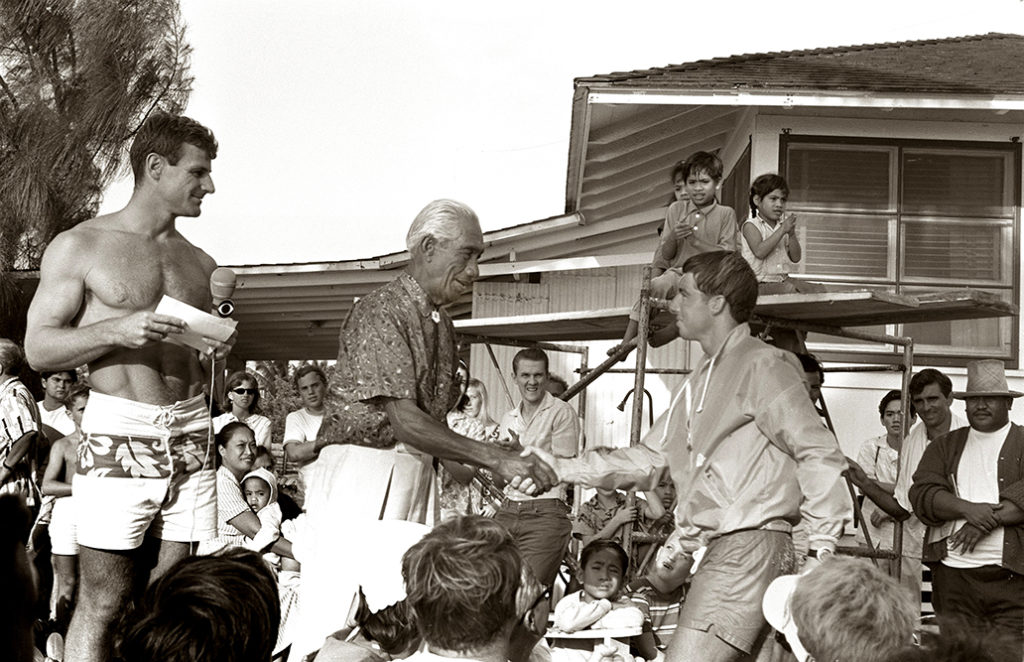 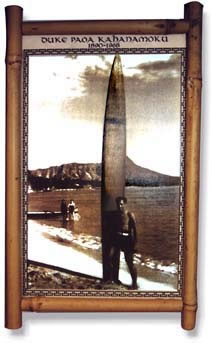 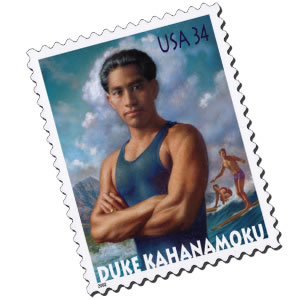 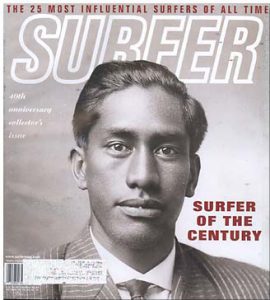