Eddie Would Go. The phrase itself means so much to so many people. But the legend of Eddie Aikau resonates time­lessly throughout Hawaiian surf culture.

Born and raised in Hawaii, Aikau was a regular at Queens and Ala Moana throughout the mid-‘60s. But soon, Aikau, along with his brother Clyde, ventured to the North Shore where the duo became dominate surfers. Aikau was most notably recognized for his early exploits at Waimea Bay in large surf. But his surfing skills also translated to competition. He won the Duke Kahanamoku Classic in 1977 and made the finals there six times. In the Smirnoff Pro, he placed fifth in 1971, fourth in 1972 and third in 1976. 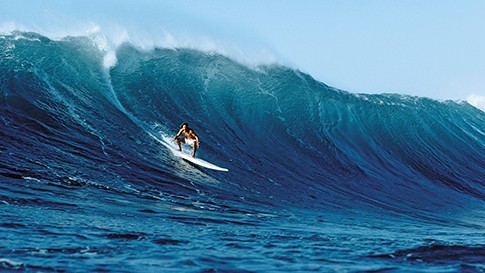 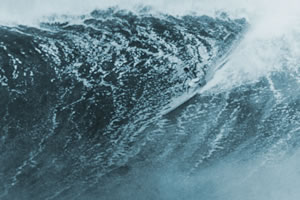 Aikau was constantly looking out for his fellow ocean-lovers. In fact, he convinced the County of Honolulu to hire him as the North Shore’s first lifeguard. And where else might he have been stationed? But Waimea Bay, of course.

In 1978, Aikau earned a berth on the Hokule’a, a replica of the double-hulled canoe used by ancient Polynesians to sail between Hawaii and Tahiti. Just a few hours after departure, the boat began sinking and was seemingly lost at sea. Aikau took it upon himself to paddle his surfboard for help, leaving the 15 other passengers behind. Sadly, Aikau was never seen again and the crew was eventually rescued.

Because of his bravery, the governor of Hawaii declared April 1st Eddie Aikau Day. A pro contest in his name was held at Sunset Beach in 1984, which eventually evolved into the Quiksilver In Memory of Eddie Aikau big-wave event held at Waimea Bay. Clyde Aikau won the contest in 1986, using a 10-year-old board that belonged to his brother. 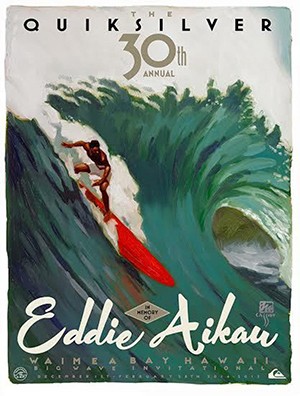