Known as the "Surfing Priest"

They say God works in mysterious ways. Which could be why Father Christian Mondor – a Franciscan friar and Catholic priest at Saints Simon and Jude Parish in Huntington Beach – didn’t pick up a surfboard until he was 70 years old.

Born in Hollywood, California during the 1920s, Father Mondor found solace in the ocean and was fond of bodysurfing during his youth. He joined a Franciscan monastery in the 10th grade. And while he continued to serve God throughout his life, living in Surf City USA eventually got the better of him.

For his 70th birthday, he bought himself a surfboard for $100 and learned to surf at Bolsa Chica and San Onofre. Now at 88, Father Mondor continues to enjoy the waves and their spiritual benefits.

“Surfing has a spiritual side, it’s a time of quiet contemplation,” he said in an interview. “The time between the waves is a wonderful time to pray and be thankful. As you rise and fall with the swells, there’s a real beauty and peacefulness to it. It’s just a terrific feeling.” 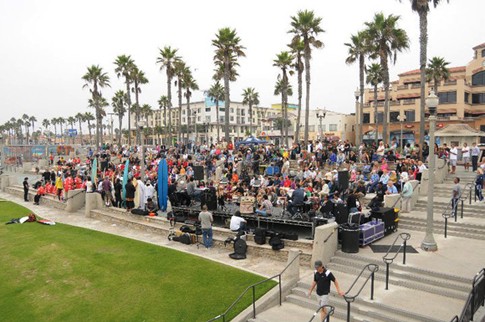 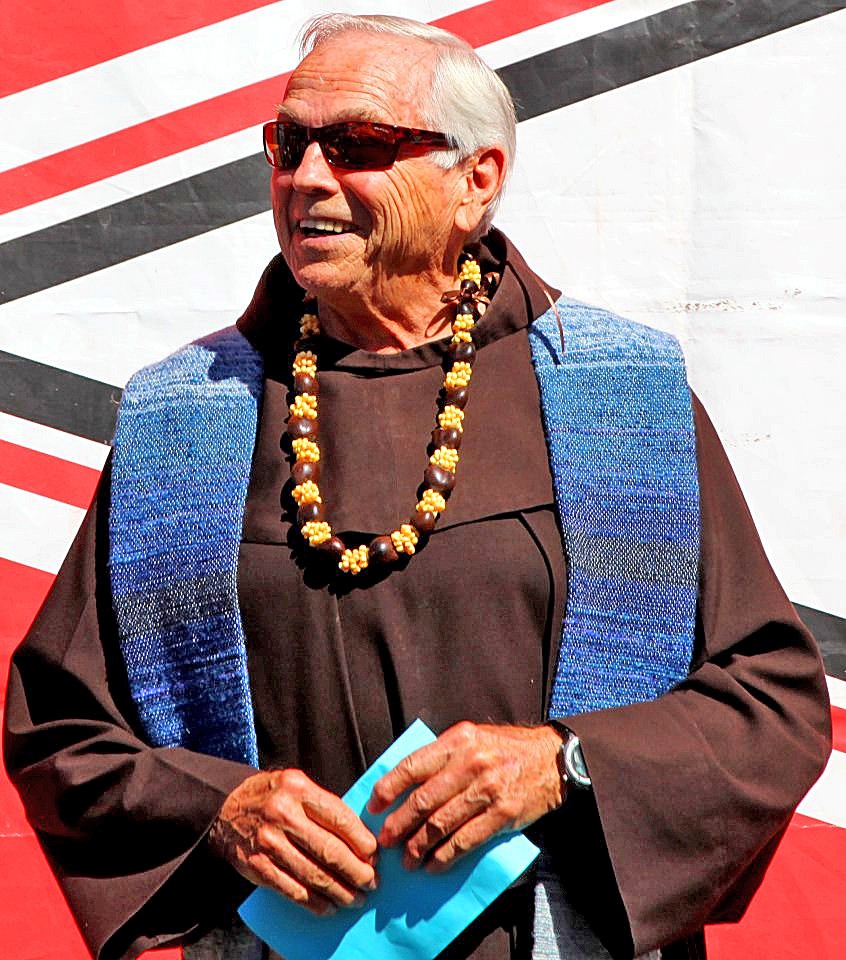 Known as the “Surfing Priest,” Father Mondor organizes the annual Blessing of the Waves every October in Huntington Beach where surfers and leaders of all religions come together to pray and give blessings with the ocean as the central theme 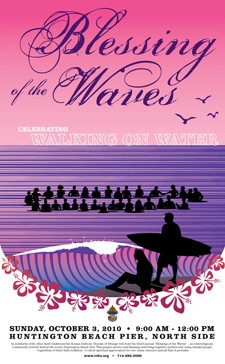 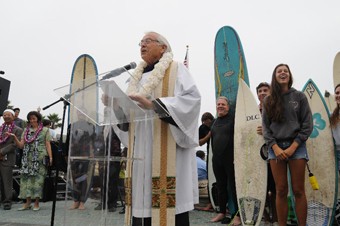 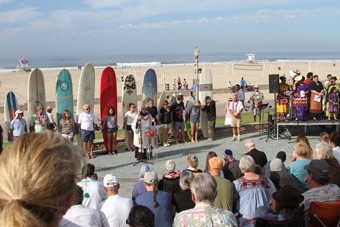