My name is George J. Lambert III and I was born May 6th 1965 to my amazing parents George Jr and Sherry Lambert. I am very thankful and blessed to have such incredible parents that loved to take me and my sisters to the beach. My father passed his love of surfing on to me at the age of 5 and it has been my passion ever since. I now get to pass on the gift to my two children Mia who is 8 and Max who is 7. My wife of 11 years Deanna has embraced the lifestyle as well and loves to pack up our motor home and spend the day at the beach surfing. 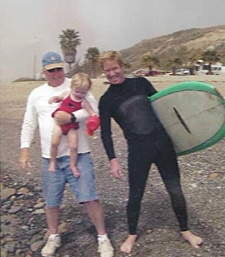 PHOTO: George Jr and George III with Mia Lambert at San Onofre in 2005

It really is an honor to be a part of this group and writing about it has really brought back some fond memories! There are a few that have passed on and are missed! Growing up in Huntington Beach when it was a small town with surf shops and the surf history and culture and especially the characters of the community makes me proud to call it home!

I started surfing in the Western Surfing Association in 1976 and was asked to surf for the Hole in the Wall gang in 1978. My parents would put us in the camper and we would go up and down the coast from Santa Cruz to San Diego. I really enjoyed making friends many of which I still have up and down the coast.

One of the best things about being a kid growing up around the Hole in the Wall Gang guys was how much fun they were always having! The stories and the fairly liberal education I got around them were truly amazing as a kid. Bob Carbonell was one of the funniest humans I have ever met and I am not sure if anybody was having more fun than Frog and Robert Kooken at the contests.

The surfers that really stick out in my mind were Randy Lewis, John Boozer, Guy Grundy and Mike Morelli. Randy Lewis was such a smooth powerful surfer and one of the nicest guys you will ever meet. John Boozer was such a power surfer on his red pin winger shaped by Gordie and I would be enthralled at his stories of surfing at Pipeline in the 60's. He would show up at the contest on his Harley and paddle out and make the final almost every time! Guy Grundy on his American flag rocket fishes going mach 5 down the line and Mike Morelli's ability to make the finals in the masters,longboards and the paddle race. 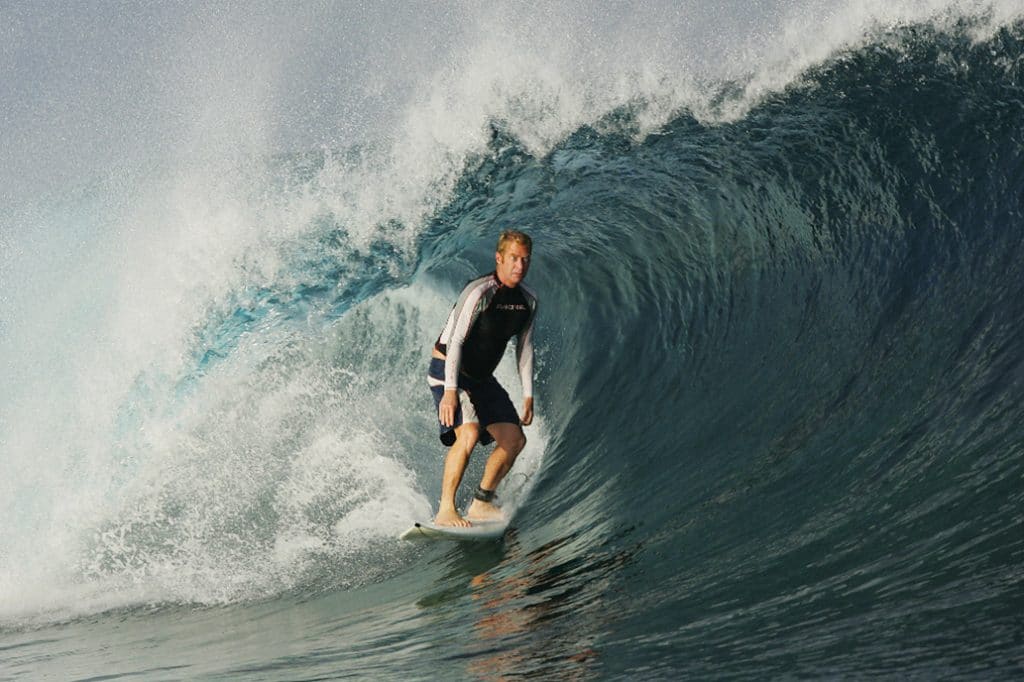 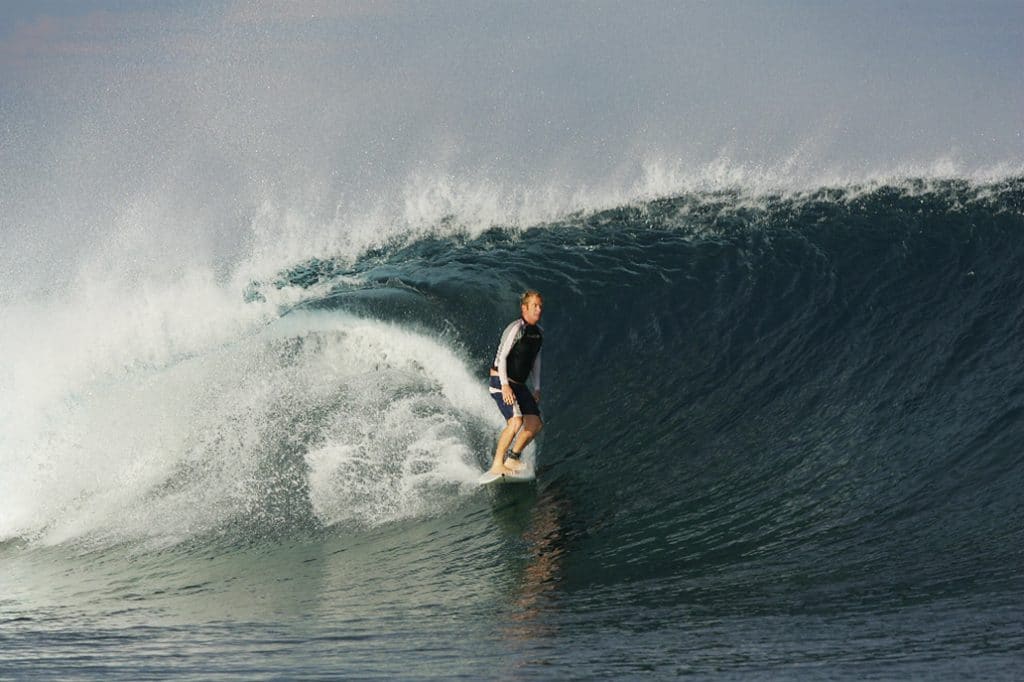