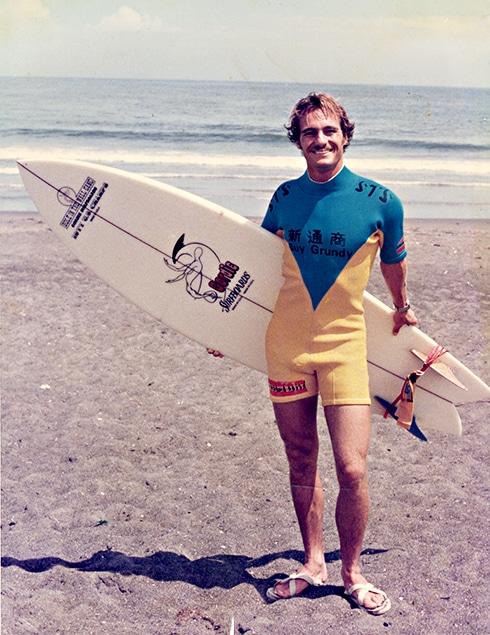 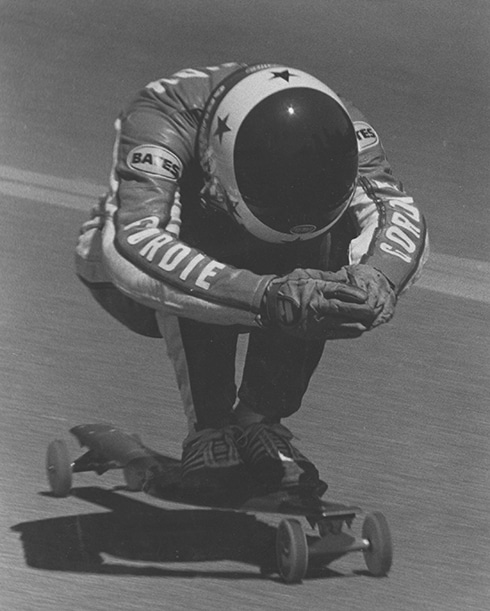 He placed in the top 5 in numerous contests from 1972 to 1980 while traveling to Hawaii, Japan, France, Mexico, Central America, South America, Australia and Thailand. Guy joined the Hole In the Wall Gang for Gordie Surfboards in 1978.

Guy recalls that, "When the surf was flat we would turn to skateboarding to stay in shape and skateboarding was another form of surfing but on land.  We would ride the streets and hills of neighboring cities and find locations throughout Southern California that were ideal for smooth land surfing.   "I was always into going fast while surfing and skateboarding helped me find the speed lines that I needed to practice on and then bring that into the water when I surfed.  In the process of learning the ‘Speed Line’ so to say I competed in the first Downhill Skateboard Contest’ hosted by the United States Skateboard Association (USSA) on Signal Hill in Long Beach California in 1975 and was able to set the first recorded Guinness Book Land Speed Record on a skateboard at 50.2 miles per hour."

"He competed all of 1978 in the WSA Masters Division taking 1st, 2nd or 3rd in all contests.  He won numerous events in kneeboarding, paddle races and Surfing to help the Hole in the Wall Gang become the Number 1 Team on the West Coast of the United States. 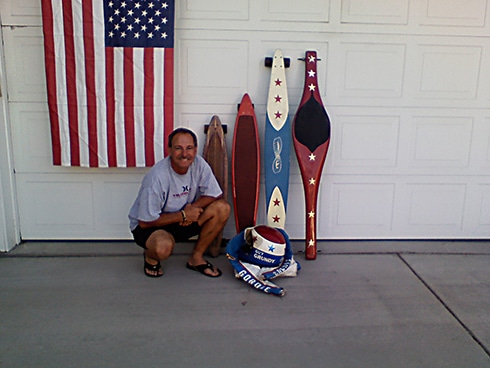 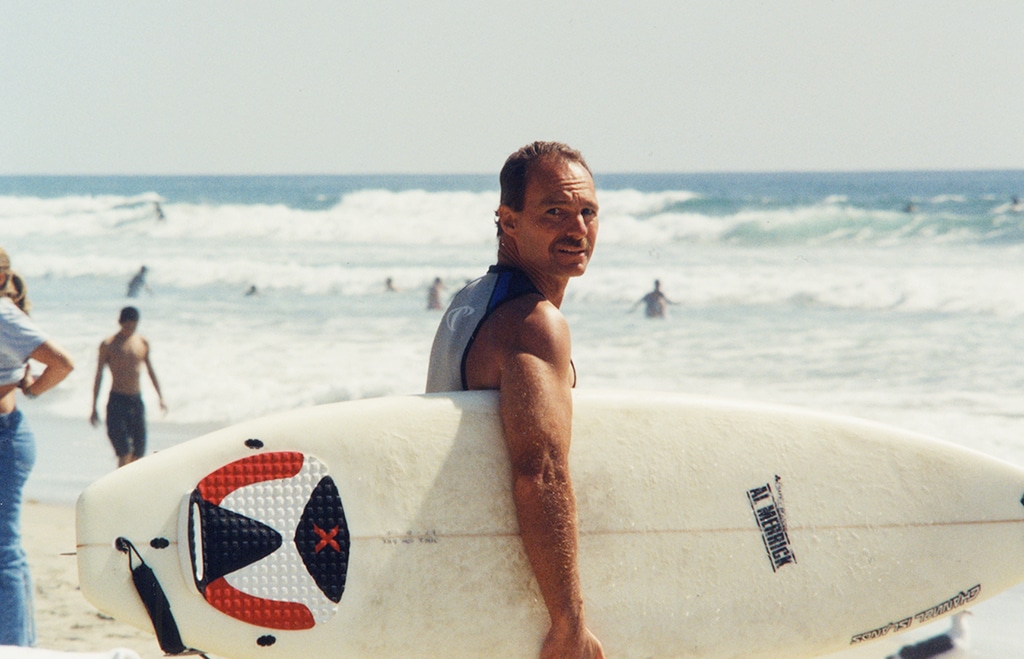 PHOTO: Another day getting wet. 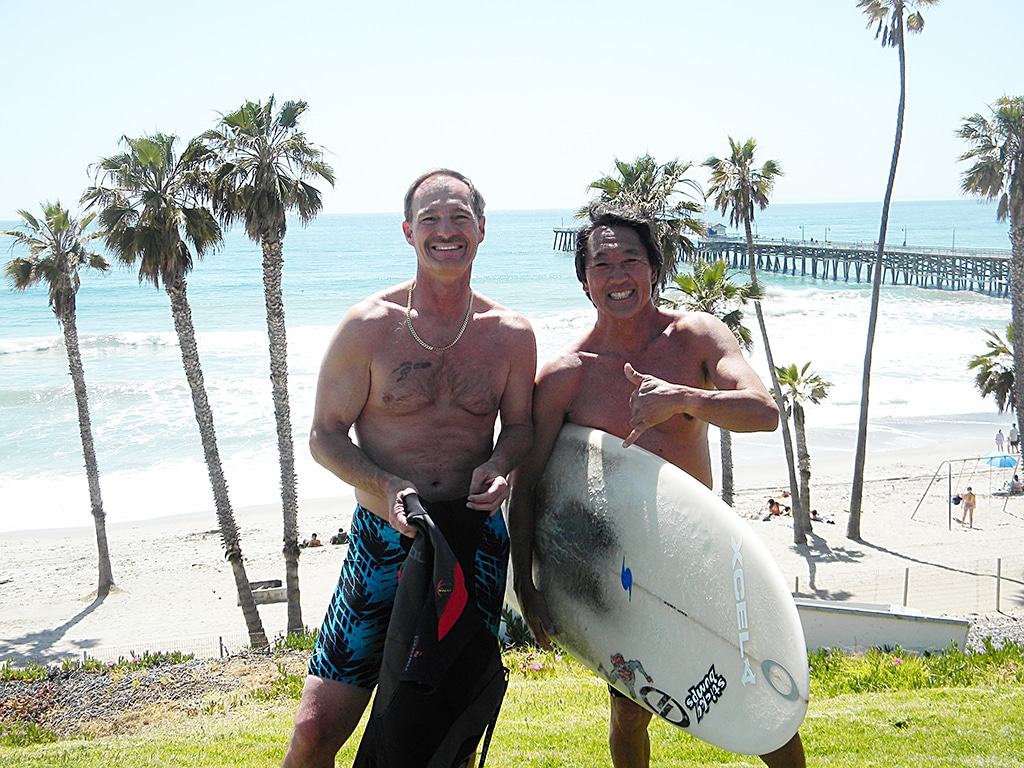