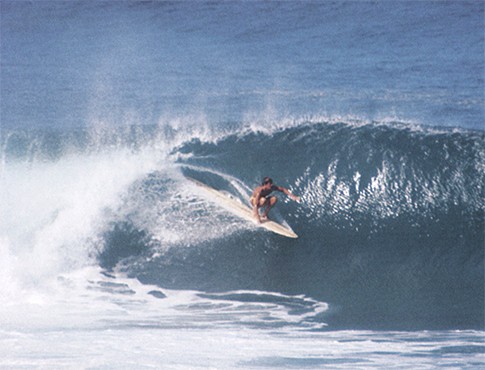 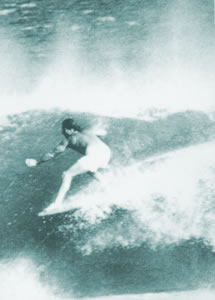 Herbie Fletcher began surfing at the age of 10 and hasn’t slowed down since. His high energy and exuberance for adventure have spilled over into his business success as well. As owner of Astrodeck, he’s afforded surfers a firm foothold to perform extreme maneuvers and also progress the sport.

When he was only a teen, Fletcher gave chase to some of the most respected names in surfing, particularly David Nuuhiwa. He also fulfilled his fantasy of moving to Hawaii when he was 15. Fletcher rode big waves so well that Hobie Alter and Bruce Brown paid him to surf and then appear at local malls to talk about it. In 1966, still just 17, he placed seventh in the World Championships.

During the introduction of shortboards, Fletcher’s shaping talents had a lot to do with design elements still in use today (like down rails). Fletcher saw his first jetski in 1975 and figured it was just a motorized surfboard, and chased down the North Shore’s most challenging big waves.

His sons, Christian and Nathan, are also both accomplished, innovative surfers in their own right. And both adhere to Herbie Fletcher’s simple philosophy on life: “Don’t stop. Don’t look back.”