During the mid 70's and late 80's I surfed competitively in the Senior and Grand Master divisions. In 1987 I placed third in the United States Surfing Championships. In the mid 70's I served as the Executive Director of the Western Surfing Association and was a founding member of the board of directors of the National Scholastic Surfing Association.
I have many fond memories of traveling to surf contests up and down the coast. It was great fun to root for my friends, Bob Carbonell, Randy Lewis, Morgan Floth and so many others. Some of our number have passed away i.e. Bob Carbonell, John Boozer and Robert Kooken. It is great that these people will receive the honor they deserve for their contributions to surfing. 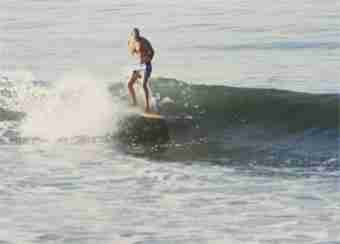