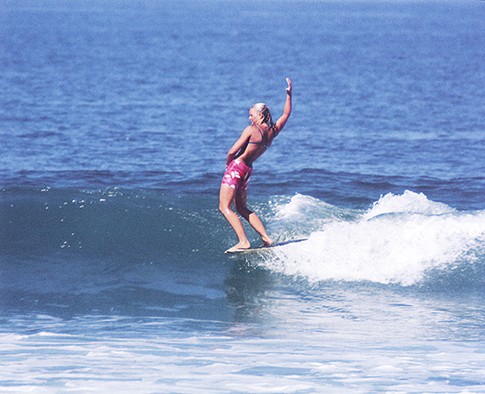 Joyce Hoffman’s Surfing Walk of Fame honor wasn’t exactly the first time she’s held a prestigious title. In 1965, she was named the L.A. Times Woman of the Year, the only surfer to ever receive this honor. That year, she was unbeatable, winning the U.S. Championship in Huntington Beach and the World Championship in Peru. She was a two-time winner of the Makaha International (1964, 1966) and amassed two more U.S. Championships (1966, 1977).

In 1966, at only 19, she was voted best woman surfer in the world by the International Surfing Hall of Fame. All this equated to her winning the first-ever women’s Surfer Poll Award — a feat she repeated four straight times. But her competitive spirit didn't stop there. She went on to place third in the women’s motocross world championships and also raced 2-liter Can Am cars. Hobie Surfboards introduced the Joyce Hoffman signature model in 1967, while Triumph gave her a Spitfire coupe. Now in her 70s, Hoffman still remains very active and surfs as often as possible. 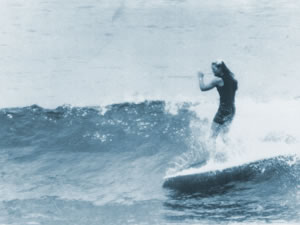