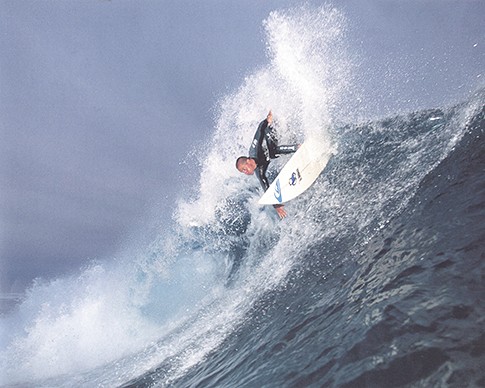 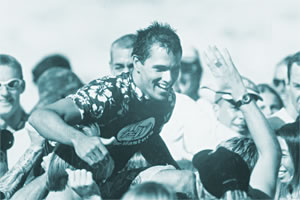 Affectionately known as the G.O.A.T. (Greatest of All Time), Kelly Slater is without question the winningest, most well-rounded surfer in history. In fact, Slater and his 11 world titles often surface in conversations about the most dominate athletes of all time — in any sport. But for surfers, he’s simply King Kelly. From Sebastian Inlet to Snapper Rocks, Pipeline to Teahupoo, there isn’t a whole lot that Slater hasn’t won.

Hailing from the wave-starved East Coast, Slater quickly sprung onto the pro scene in 1989. And since then has amassed a record 55 W.C.T. victories, along with the distinction of being the youngest and oldest World Champion in men’s history. He captured his first title in 1992 at age 20 and his 11th crown in 2011 at age 38. His most dominant years were during the mid-‘90s, where he won five straight titles while surfing lightyears ahead of his peers. After dabbling with retirement and some film and music projects, Slater eventually returned to the contest arena in 2002 where he squared off against his toughest opponent —  Andy Irons. Their rivalry propelled the sport to new heights as Irons took three titles before Slater reclaimed the crown in 2005 and 2006. Slater went on to swap titles with Mick Fanning in the subsequent years until he won his 11th world championship in 2011.

In addition to five Pipe Masters titles, Slater has also won the Quiksilver in Memory of Eddie Aikau big wave contest at Waimea Bay and Surfline’s Wave of the Winter. His contributions to the sport of surfing as a whole are unrivaled. And more recently, he introduced the world to the Kelly Slater Wave Company which designed a perfect, man-made, barreling wave that debuted on the W.C.T. schedule in 2018.