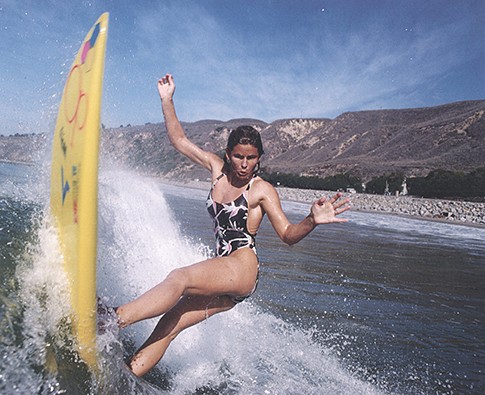 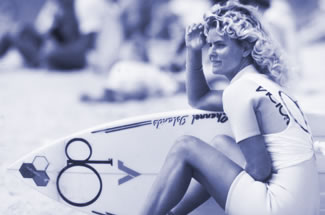 rImagine growing up at Rincon, having Tom Curren as a classmate and Al Merrick as your shaper/mentor. This was the reality for a young regularfooter from Santa Barbara named Kim Mearig.

As a teenager, Mearig developed a smooth, graceful style, groomed by Santa Barbara’s abundance of point surf and she quickly found herself riding for Al Merrick's Channel Islands label at age 14. The quintessential California surf girl, Kim rose through the amateur ranks, won the 1981 U.S. Championships and then turned professional the following year.

After a disappointing rookie season, Mearig took the world by storm in 1983. She won the O.P. Pro in Huntington Beach and went on to dominate the year, clinching the A.S.P. Women's World Title over Frieda Zamba. She spent the next eight years in the A.S.P. top eight (including two runner-up finishes) before retiring to her home in Santa Barbara in 1991.