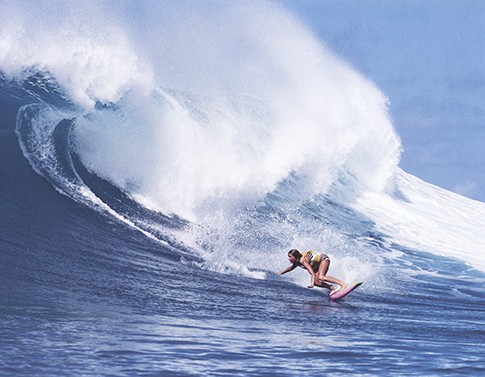 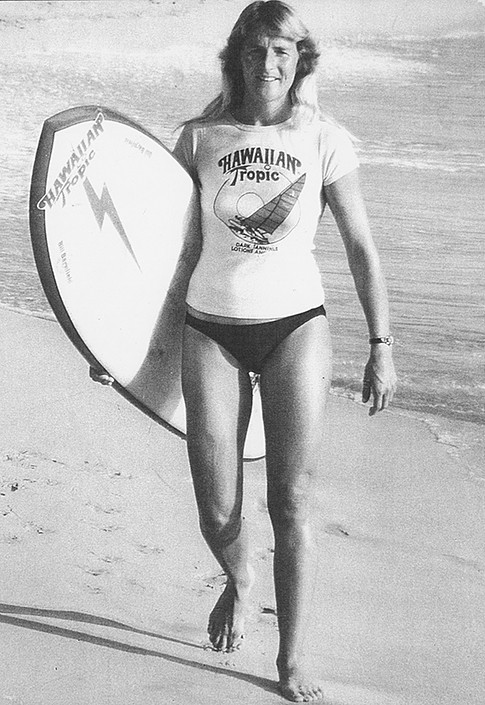 Margo has dominated women's surfing for nearly three decades. Formerly Margo Godfrey, her first world title came while at the age of fourteen. Surfing on a 9 foot plank, her aggressive style made up for her slight build as was evidenced by her easy victory at the 1968 Puerto Rican World Contest.


In keeping with the anti-contest feeling in the late 60s and early 70s, Margo stopped competing and surfed strictly for enjoyment. In 1975, after three years of married life on Kauai, professional contests started and Margo became the first pro woman surfer. She won the WISA Hang Ten Championships at Malibu and also the women's event at the Smirnoff in Hawaii.

In 1976 and 1977, she was "unofficially" crowned Women's World Champion, winning at the Bells contest, the Coke, the Brazil International, and the Women's Masters in Hawaii. Her '77 victory was the first official recognition of women by the world tour. In 1978, she won the Stubbies and the Bells, and topped the overall Surfer magazine poll ten years after she had first topped in 1968.

Taking a break in 1979, Margo spent a full year off the circuit building her house on Kauai. In an unparalleled performance, Margo won her fourth and fifth world titles in 1980 and 1981. A believer in health food and yoga, she surfs almost daily and instructs surfing on Kauai.