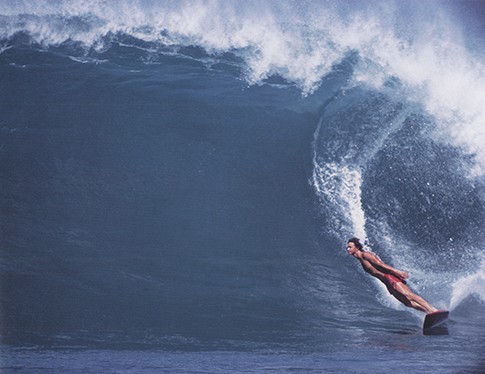 Quite possibly the world's best competitive surfer, Mark Richard's record remains unbeaten. He is the only four time World Champion, winning the IPS/ASP Championships in 1979, '80, '81, and 82. His herculean feats also helped spur the notoriety of pro surfing.

A native of Newcastle, Australia, his personal life is rather subdued and lacks signs of extravagance for the amount of money he's won surfing. He loves mom's home cooking, likes hanging out at the family surf shop, spending time with his kids, and watches more TV than he'd like to admit, just like regular folks. But in the water, he's a world apart.

Knee and back problems have dampened his lust for early dawn patrols and all day surfing, but he still takes to the water at least once, if not twice a day. Surprisingly for someone who so loves the beach, he “can't stand the sand." After traveling the world in search of perfect waves, his preference is toward beaches with concrete promenades and freshwater showers. But when you're this good, you deserve to have it your way! 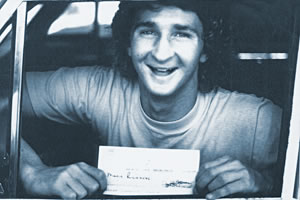