Helping students to excel in the classroom and in the water

For thirty years, the National Scholastic Surfing Association (NSSA) has groomed America’s future generations of surf stars. Names like Tom Curren, Andy Irons and Bobby Martinez achieved greatness amongst the junior ranks and largely credit the NSSA as a breeding ground to take on the world.
Throughout the 1970s American competitive surfing was a jumbled mess with surfers lacking a productive competitive experience. But in 1978 El Toro High School's Chuck Allen, Edison High School's John Rothrock, Long Beach State's Tom Gibbons, Orange Coast College's Dr. Laird Hayes, and Huntington Beach High School's Rob Hill set out to change that. They created a unified, legitimate, scholastic-based avenue for their students to excel in the classroom as well as in the water.
Since 1992, the NSSA National Championships have been held at Lower Trestles—Southern California’s premier venue. The non-profit organization currently holds contests on the East Coast, West Coast and Hawaii and stands 4000 members strong.

NSSA STICKER:
In a little-known piece of NSSA history, this first logo, was done by an NSSA art student. After printing, it was discovered that there was a naked woman hidden in the design – a classic surfer-student prank. Subsequently all but a few copies were destroyed. 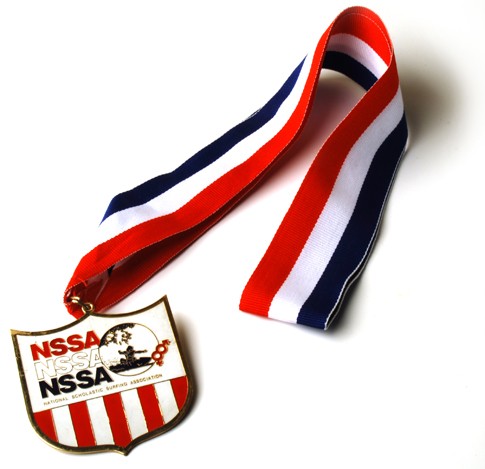 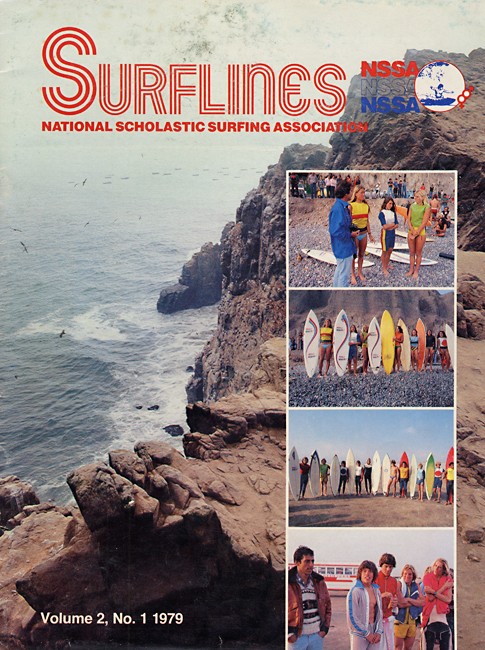 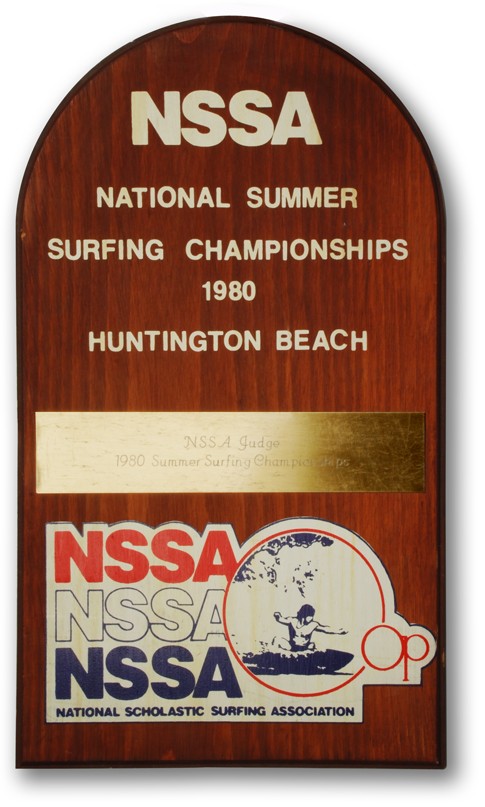