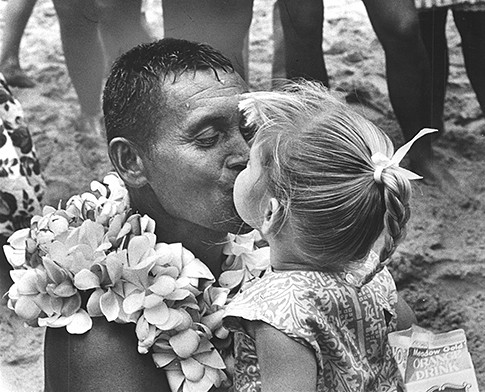 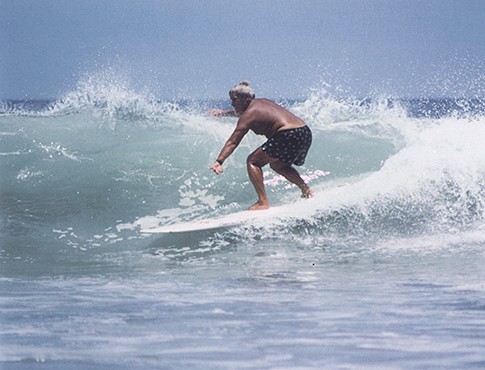 The last living link to surfing’s Hawaiian heritage, Rabbit Kekai was one of the original Waikiki beach boys that began his surfing with Duke Kahanamoku in the 1930s. Nicknamed “Rabbit” because he was a fast runner in high school, Kekai was born in 1920 and began surfing at age 5. Receiving informal surfing instructions from Kahanamoku, Kekai is often regarded as the best high-performance surfer of the 1930s and ‘40s.

During his time on the sand at Waikiki, he gave surf lessons or canoe rides to many prominent movie stars and sports figures such as Kirk Douglas and Sandy Koufax. And Kekai is sometimes credited with having inventing noseriding.

He also excelled in the contest arena, winning the 1956 Makaha International and competing well into his latter years while earning divisional wins at the U.S. Championships in 1973, 1980, 1984 and 1988. From the early-‘70s until the time of his death, Kekai worked as the beach marshal for the North Shore’s Triple Crown contests, explaining the rules and handing singlets (and aloha) to the world’s best surfers. Kekai passed away on May 13, 2016. 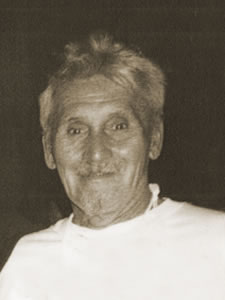