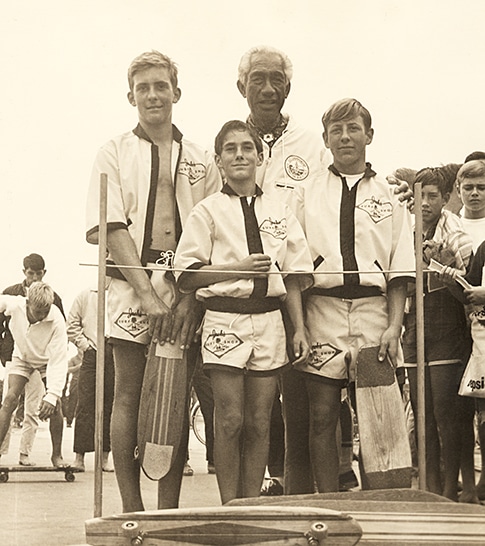 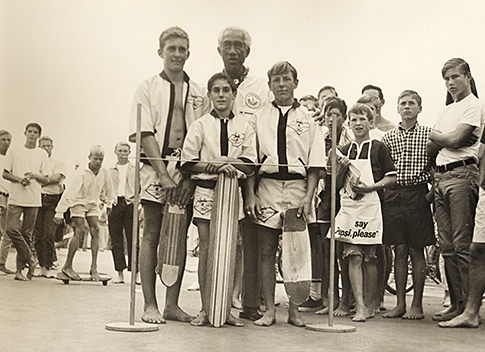 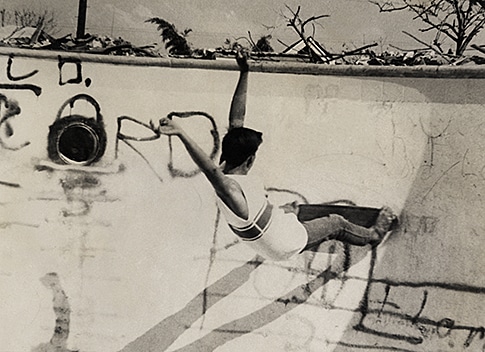 H.B.’s own Randy Lewis began surfing in 1961. He actually worked at the original Jack’s shop in the early ‘60s and was on the Jack’s Skateboard Team, traveling around doing exhibitions and competitions — back when skateboards were wooden with clay wheels. Lewis was even featured on the cover of Skateboarder Magazine.

By the mid-‘60s, Randy starting surfing for Vardeman Surfboards and competed in the Boys and Junior Mens divisions in local contests. Around this time, Sonny Vardeman got Lewis to start planing down his blanks, which quickly launched Lewis’ shaping career.

In the mid 60s Randy starting surfing for Vardeman Surfboards. He worked in the surf shop and competed in the Boys and Junior Men’s divisions. At this point Sonny Vardeman got Randy to start planing down the blanks. This is where his shaping career began.

From the late-‘60s to the early-‘70s, Lewis surfed for Chuck Dent, managed his surf shop and competed throughout in California, Mexico and Hawaii. He won the West Coast Championships in both the Masters and Longboard Divisions in 1976 and 1977. Lewis and the other Gordie team members began competing as Huntington’s legendary “Hole in the Wall Gang” Surf Team.

Around that time, Lewis went on to ride for Gordie Surfboards where Gordie Duane helped refine his shaping techniques. Through the late-‘70s and and 80s, Lewis shaped boards under his namesake label for the likes of Bud Llamas, John Boozer, Michael Ho and Joey Hawkins. More recently Lewis built boards for Chuck Dent, coming full circle back to where he was an original team rider in the ‘60s.

Randy was very successful in surfing competitions through all the age groups from Boys through the Super Grand Masters. He won the West Coast Championships in both the Masters and Longboard Divisions in 1976-1977. 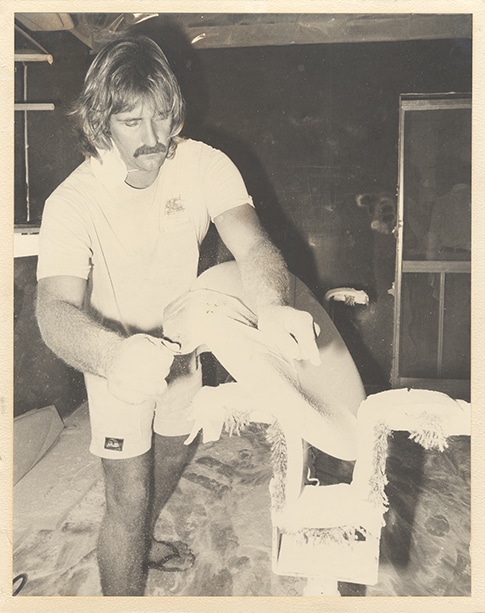 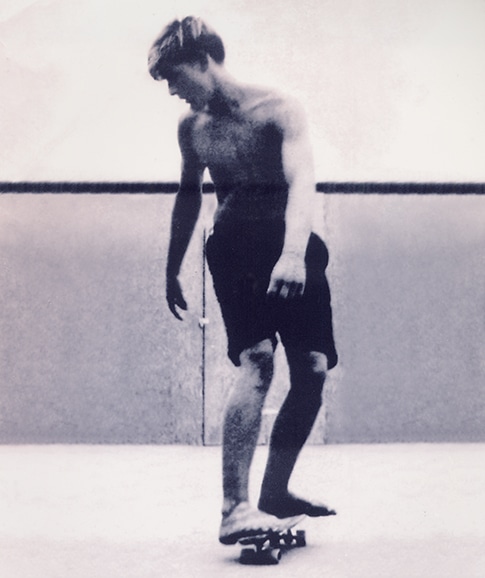 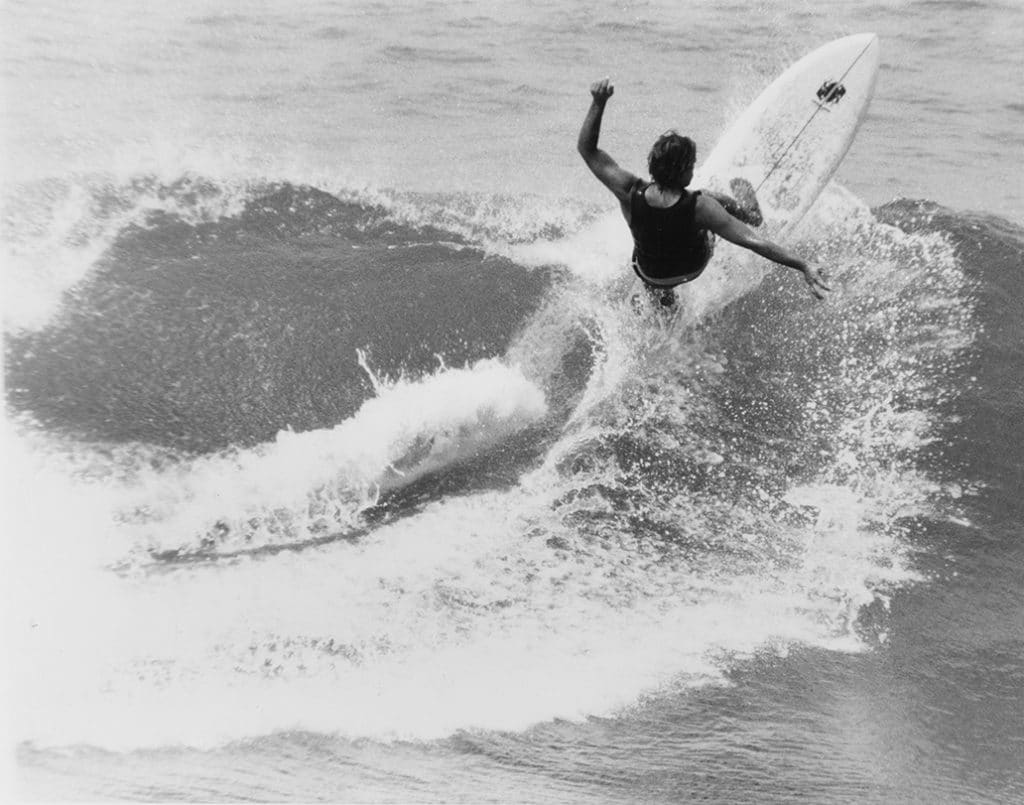 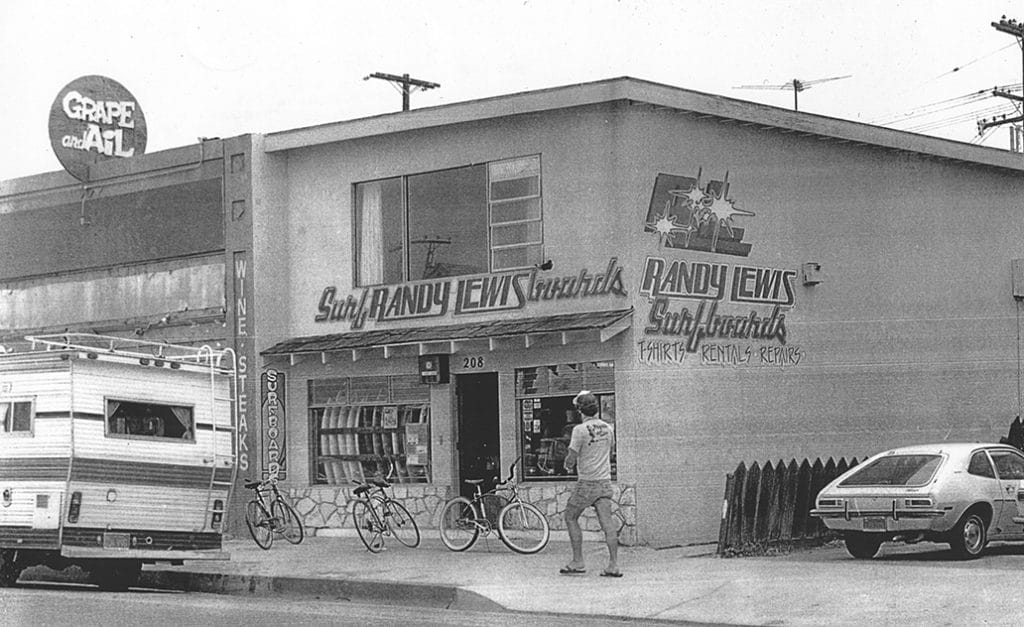