They say the best surfers are often the most well-rounded. By that sense, Randy Rarick’s resume surely qualifies him as one of the greatest. Spanning the spectrum from his days as a former professional surfer to Hawaii contest organizer, as well as a master surfboard craftsman and global surf adventurer, Rarick is the sport’s original renaissance man.

Rarick was born in Seattle, Washington in 1949 and moved to Honolulu at age five. Under the closeful watch of legendary Waikiki beach boy Rabbit Kekai, Rarick began surfing at age 10. He won the juniors division of the 1967 state surfing championships and went on to come just shy of the finals of the 1970 World Championships in Australia.

After spending a year Down Under, an insatiable wanderlust set in and Rarick became one of the first international traveling surfers. Soon he began making annual pilgrimages to South Africa and also went on to surf in over 60 countries, including obscure locations like Angola, Greece, Namibia, Albania, Colombia, Sri Lanka, Ghana, India and Lebanon. But still, he never missed a winter on Oahu’s North Shore. 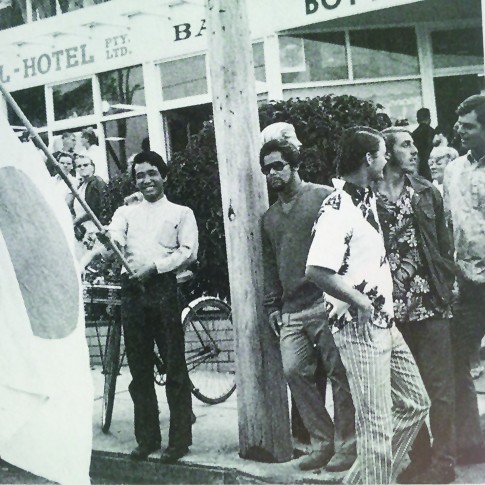 PHOTO: Rarick represents the Hawaiian surf team in the 1970 ISA World Championships at Bells Beach, Austalia, along with team mates Ben Aipa (leaning against the pole), Randy in floral shirt, Jimmy Blears and Walk of Famer Jack McCoy. On the left is the first Japanese ISA competitor Doji Asaka. 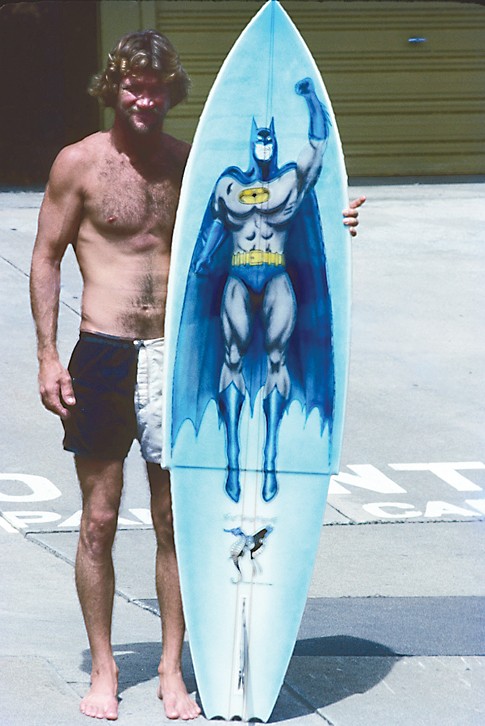 PHOTO: Randy, a great shaper in his own right, with his famous Batman Board from the ’70s. 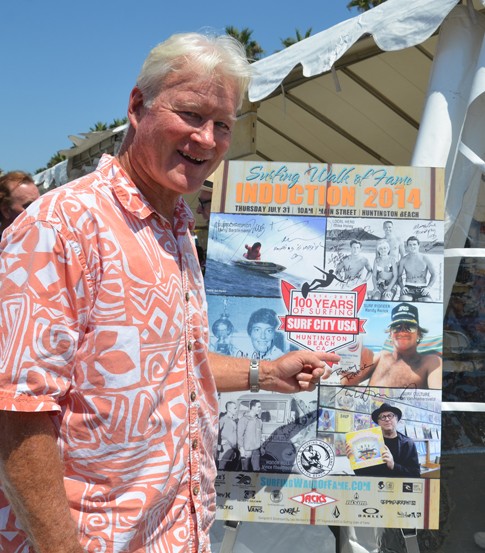 Along with Fred Hemmings, Randy was responsible for the formation of the World Surfing Tour as we know it today. Its first incarnation was the IPS (International Professional Surfing). 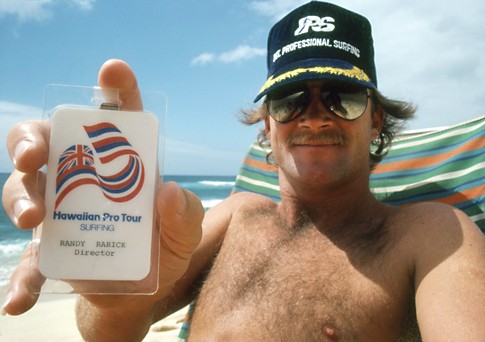 In 1976, along with Fred Hemmings, Rarick helped organize International Professional Surfing (IPS), which preceded the ASP. Rarick was the executive director for the Triple Crown of Surfing since its inception in 1983 and recently took on an advisory role after 30 years at the helm.And at a time when the best surfers in the world also dabbled in shaping and board design, Rarick was right alongside the best. He gleaned knowledge from master shapers like Dick Brewer and George Downing while crafting boards for Surf Line Hawaii, Dewey Weber Surfboards, Lightning Bolt and more recently for Bear Surfboards.Rarick is still very active in much of his myriad surf-related past times. And, of course, he still manages one far-flung surf trip a year. But just as the North Pacific swells descend upon the fabled reefs of Hawaii’s North Shore every winter, Rarick always returns home to Sunset Beach. 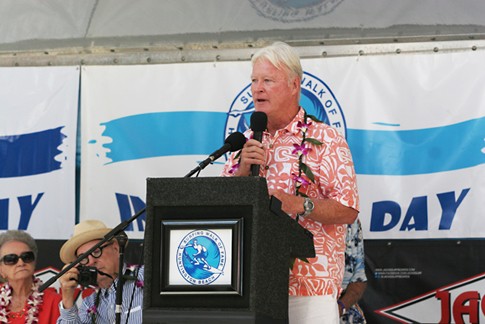 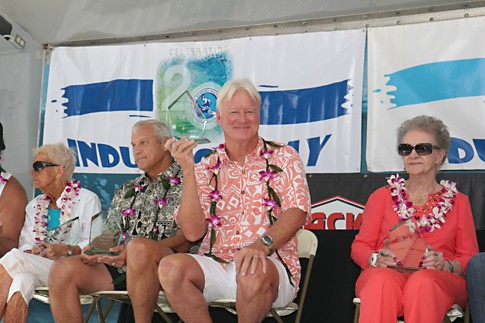 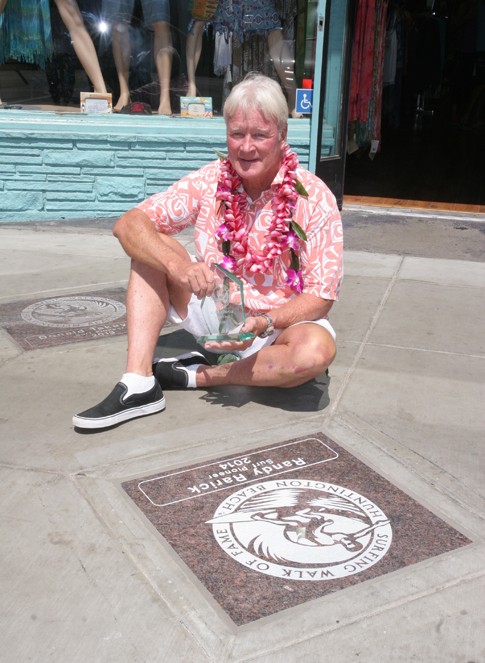 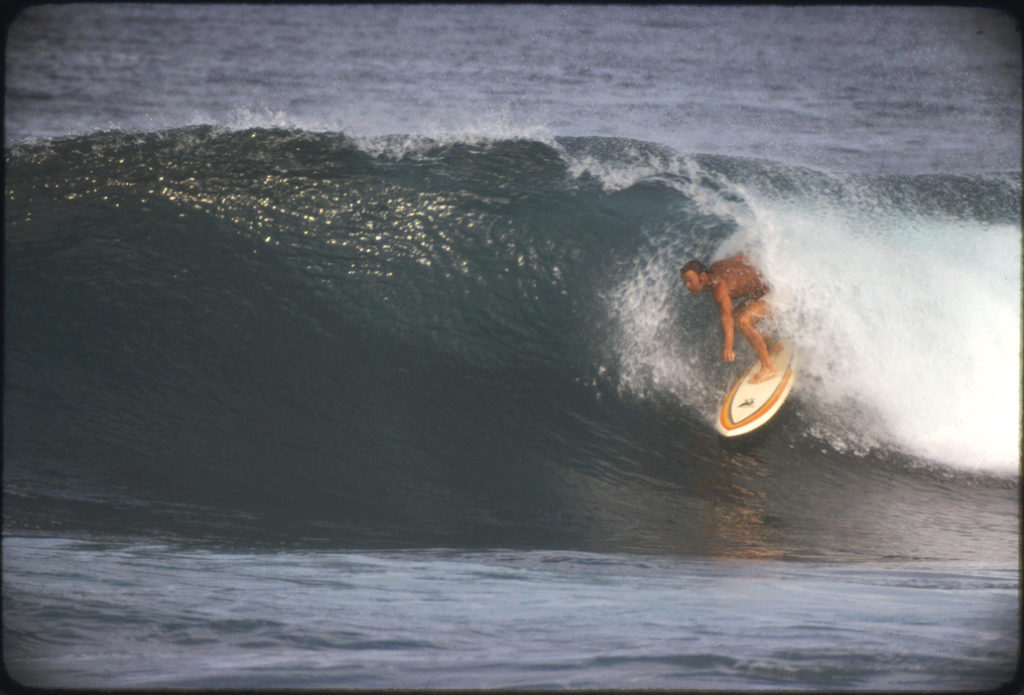 PHOTO: At a time when the best surfers in the world also dabbled in shaping and board design, Rarick was right alongside the best.