Won the World Championships in 1970 and 1972, plus a magnitude of other contest

When you purchase your first surfboard from a reigning U.S. Champion, only good things can follow. This was the case when a 15-year-old Sharron Weber moved to Oahu from Virginia in 1963. Weber scooped up a used board from Linda Benson and set out on her own competitive quest.

Weber earned six Hawaii state titles during the late ’60s, finished runner-up to Margo Godfrey in the 1968 World Surfing Championships and won the U.S. titles in 1969 before taking two World Championships in 1970 and 1972. Her first came in Victoria, Australia and her second in San Diego. Despite all her accolades, Weber was never profiled in any of the surf magazines of that era. 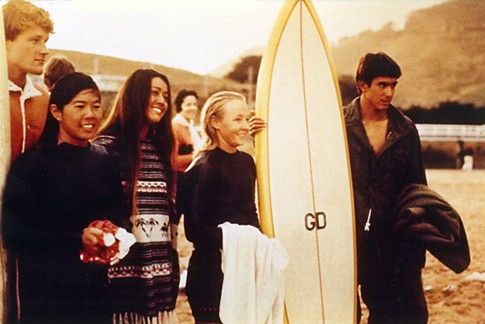 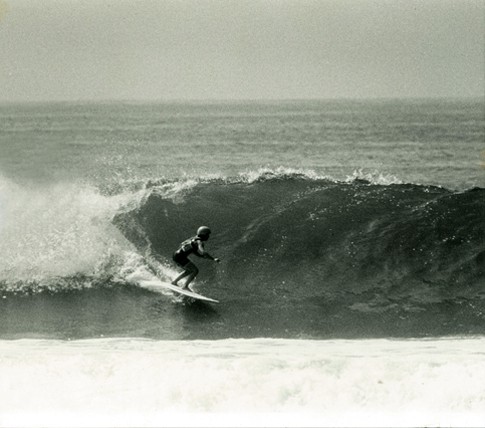 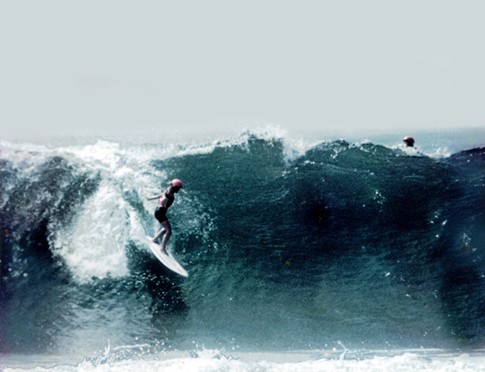 PHOTO: Contest at Huntington Beach, required that all the contestants wear helmets, which were issued before each heat. Many of the contestants objected very strongly to this requirement. 1969 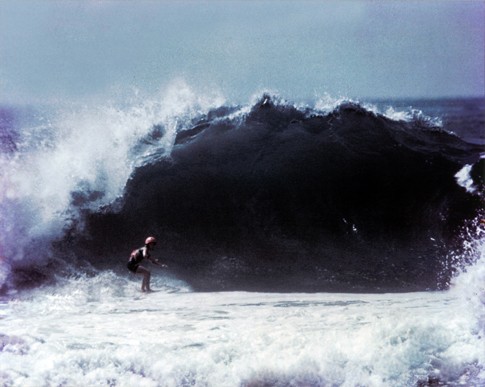 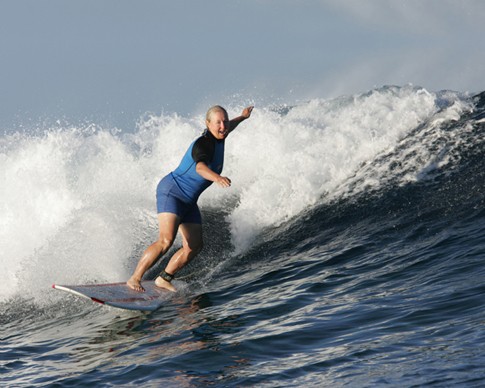 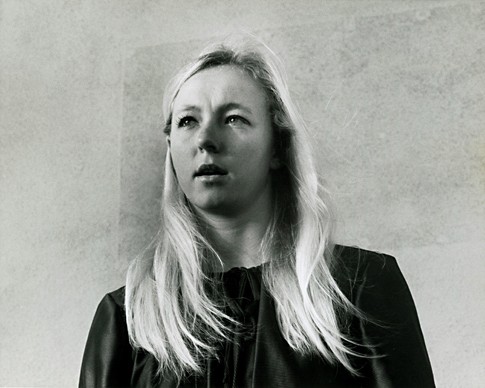 In 1973, Weber cancelled a trip to South Africa to compete due to the country’s apartheid policy and the government’s opposition to her “dark-skinned” Hawaiian teammates. Less than a year later, after a somewhat short-lived competitive career, Weber retired from professional surfing and opened a tire business on Kauai. A 2001 interview quoted her saying, “I only know three things – how to surf, how to change a tire and how to golf. 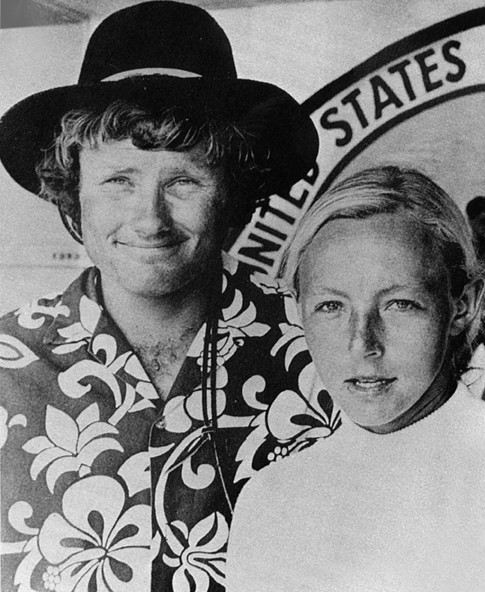 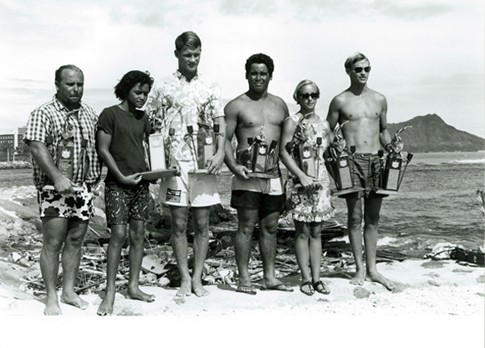 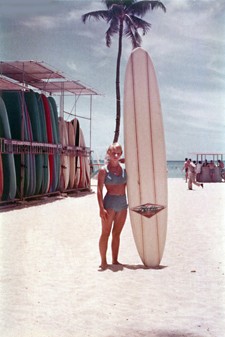 PHOTO: Sharron with a Hobie that was given to her by Linda Benson 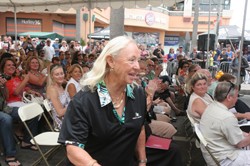 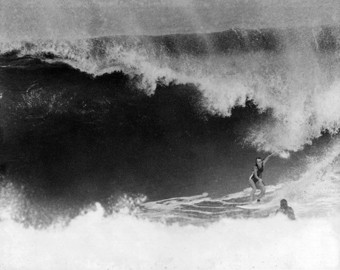 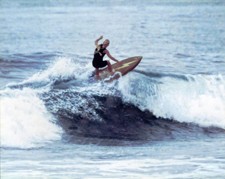 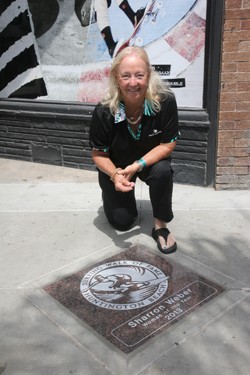