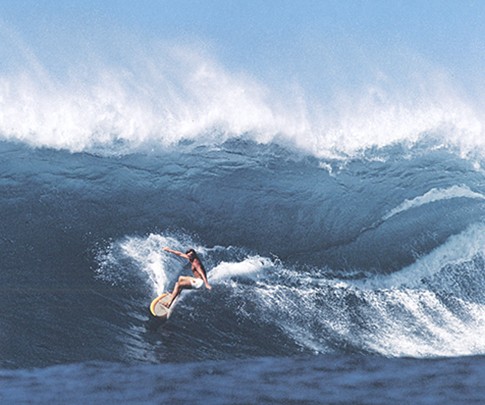 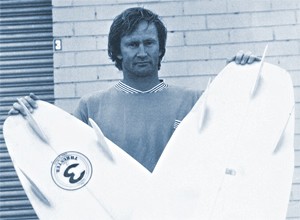 The "Gentle Giant" from Narrabeen in Sydney, Australia created the three-fin Thruster surfboard design in the 1980s and in that one fell swoop, changed surfing forever. That feat, however, has somewhat overshadowed Simon Anderson’s great competitive career which began in 1971 when he was crowned the Australian Junior Champion.

One of the pioneers of professional surfing, Simon was a consistent World Tour winner, finishing ranked as high as third (1977), taking out the Rip Curl Pro Bells Beach twice (1977, 1981), as well as the 1977 Coke Classic in Sydney and the 1981 Pipeline Masters. The 1981 victories were on his revolutionary Thruster that helped validate the design.

A shaper in his own right, Anderson began boardbuilding in 1972, established Energy Surfboards in 1975 and — after finding twin fins hard to control — placed a third fin on his square-tail shape in October of 1980. Anderson was named “Surfer of the Year” by Surfing magazine in 1981. Surfer magazine listed him as the eighth most influential surfer of the 20th century.