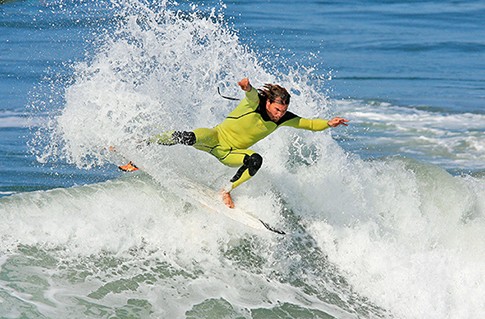 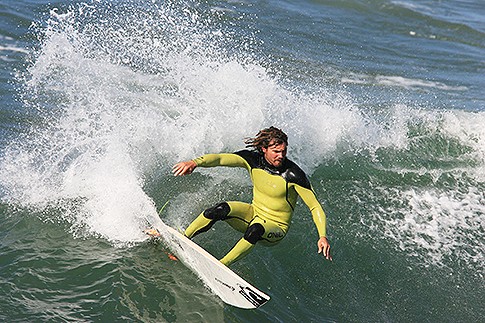 Since he began surfing at age five, Timmy Reyes has likely sprinted across these legendary plaques on the corner of Main Street and PCH a million times. A local hero in the true sense of the word, Reyes is arguably the biggest name surfer to ever come out of Huntington Beach.

By age 13, Reyes was already gracing the pages of Surfer Magazine. He continued rolling through a stellar amateur career, racking up a bevy of NSSA trophies. Reyes graduated in 2000 from Edison High School and turned pro immediately. He transitioned well onto the WQS, sharpened his tools and four years later achieved a life-long dream of making the World Championship Tour. His highest year-end ranking on tour was 11th in 2006 and he’s spent a total of five years on the WCT before deciding to chase heavier, hollower waves around the globe. One of his most notable WCT results came during the Rip Curl Pro Search event. Held at the reeling, righthand pointbreak drainers of Barra de la Cruz in Mainland Mexico, Reyes finished third behind three-time world champion Andy Irons and California’s Taylor Knox.

They say that the consistency of Huntington Beach is what makes it such a reliable surf spot. And the same could be said for Timmy Reyes. His well-rounded approach sees him seamlessly transition from the competition jersey to chasing behemoth swells all over the globe. Reyes has been pushing the limits of tube riding at slabs, reefs and beachbreaks from Mexico to Australia to Hawaii. And more recently, he’s been focused on epic travel adventures to the far-flung corners of the globe in search of perfect surf. But, somehow, Reyes still gets just as excited when he’s at home surfing the reliable, consistent waves of Huntington Beach. 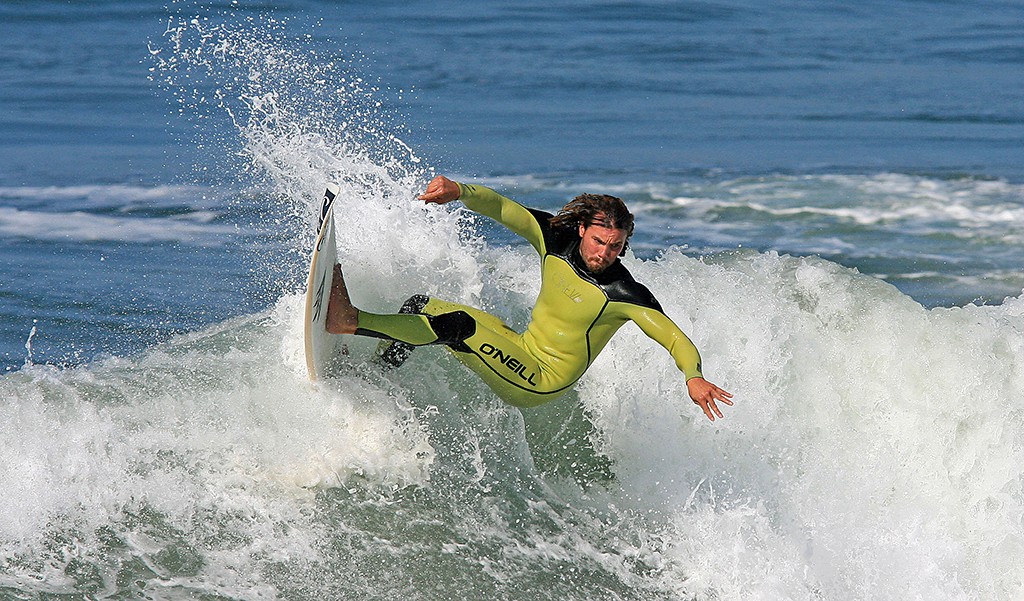