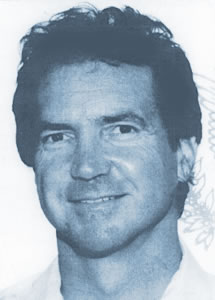 Protection of the beaches and their waves was Tom Pratte's obsession. He helped to create the Surfrider Foundation, serving as their first executive director and paid employee from 1985 to 1990. Pratte aided in negotiating a settlement with Chevron Oil Co. in El Segundo that set a legal precedent and established a surf break as a coastal resource. He also worked to block plans for a major marina at Bolsa Chica State Beach, a massive commercial development on the sand at Huntington Beach and a breakwater at Imperial Beach.

A graduate of Marina High School in Huntington Beach, and Humboldt State University, Pratte personally brought the concerns of the average surfer out of the water and into the political arena. Dubbed the father of modern surfing environmentalism, he passed away after a short struggle with cancer on April 6, 1994.