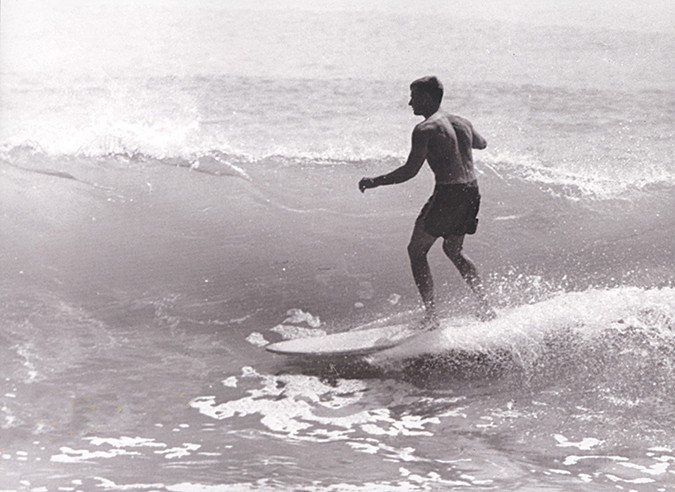 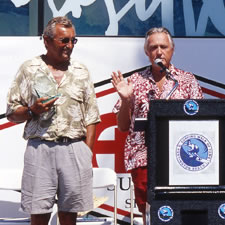 Tom Morey is a wave-riding vehicle savant whose contributions to surfboard design may go down as some of the greatest every in the history of the sport. More than just a smooth-surfing Malibu local during the late-1950s, Morey is also a gifted musician and drummer who jammed with many jazz greats.

Morey is credited with hosting the first professional surfing contest in 1965 — the Tom Morey Invitational Noseriding Championships, which was held at C-Street in Ventura and  won by Corky Carroll.

With a degree in mathematics from U.S.C. and experience developing composite materials for Boeing and Douglas Aircrafts, Morey spent a lifetime bucking the rigid definitions of traditional surfing and surfboard design. Morey partnered with surfing great Mike Doyle in the 1970s to create the Morey-Doyle soft boards, the world's first rigid, soft-skinned surfboards. But he will forever be remembered as the creator of the most popular surfing device every invented — the “Morey Boogie” bodyboard.